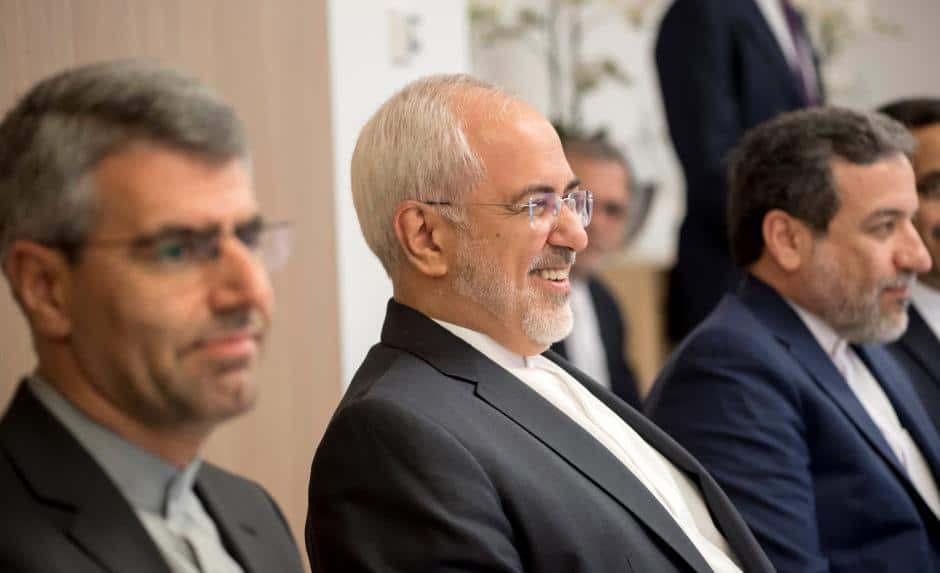 Zarif: “Unfortunately, one of the parties to the JCPOA has not only failed to fully live up to its commitments”

Zarif, who began his journey in Moscow to confer with Russian Foreign Minister Sergey Lavrov, held discussions with the European Union’s foreign policy chief Federica Mogherini. They were joined by the Foreign Ministers of France, Germany, and the UK, all signatories to the nuclear agreement.

Iran is concerned about ongoing US sanctions, despite the deal, which may be expanded by the Trump Administration. The restrictions have hindered Iranian economic recovery, adding to pressure that has been seen in recent protests across the country.

The approach of the Rouhani Government has been to try and detach Europe from the US, emphasizing Iran’s compliance with the terms of the deal as verified by the International Atomic Energy Agency.

Mogherini bolstered that line on Thursday, “The deal is working; it is delivering on its main goal which is keeping the Iranian nuclear program in check and under close surveillance.”

At a time of acute nuclear threats, the European Union is determined to preserve the JCPOA [Joint Comprehensive Plan of Action] as a key element of the international non-proliferation architecture. The European Union remains committed to support the full and effective implementation of the agreement, including to make sure that the lifting of the nuclear-related sanctions has a positive impact on trade and economic relations with Iran, including benefits for the Iranian people.

Strong consensus in Brussels today: 1)Iran is complying with #JCPOA, 2)Iranian people have every right to all its dividends, 3)any move that undermines JCPOA is unacceptable. E3 and EU fully aware that Iran’s continued compliance conditioned on full compliance by the US. pic.twitter.com/vpib5DQT18

Mogherini did caution Zarif about Europe’s concern over Iranian ballistic missile testing and development. Her words echoed those of French President Emmanuel Macron, who said in the autumn that a separate agreement is needed to cover the issue.

The UK’s Boris Johnson, France’s Jean-Yves Le Drian, and Germany’s Sigmar Gabriel all expressed ongoing support for the nuclear deal. In a statement directed at the US, Gabriel said Europe is resolved to protect the agreement “against every possible undermining decision”.

Zarif followed up, “Unfortunately, one of the parties to the JCPOA has not only failed to fully live up to its commitments, but it has also pursued destructive policies in this regard.”

On Friday, Donald Trump will decide whether to extend a waiver of some US sanctions that have been mandated by Congress.

Writing for The Washington Post, Peyman Amadzade presents a quantitative analysis of the scale and scope of the protests across Iran since December 28.

The researcher posits economic causes. Of 32 cities that the studies, “the unemployment rate in 81% of small cities that joined protests is higher than the official average of the country, which is 12.7%”. But he also cites environmental concerns and adds that economic motives cannot be separated from political issues:

The unexpected involvement of towns and small cities in the recent demonstrations exhibits how unemployment can become a basis of political action and trigger radical anti-government protests that challenge the entire political system.