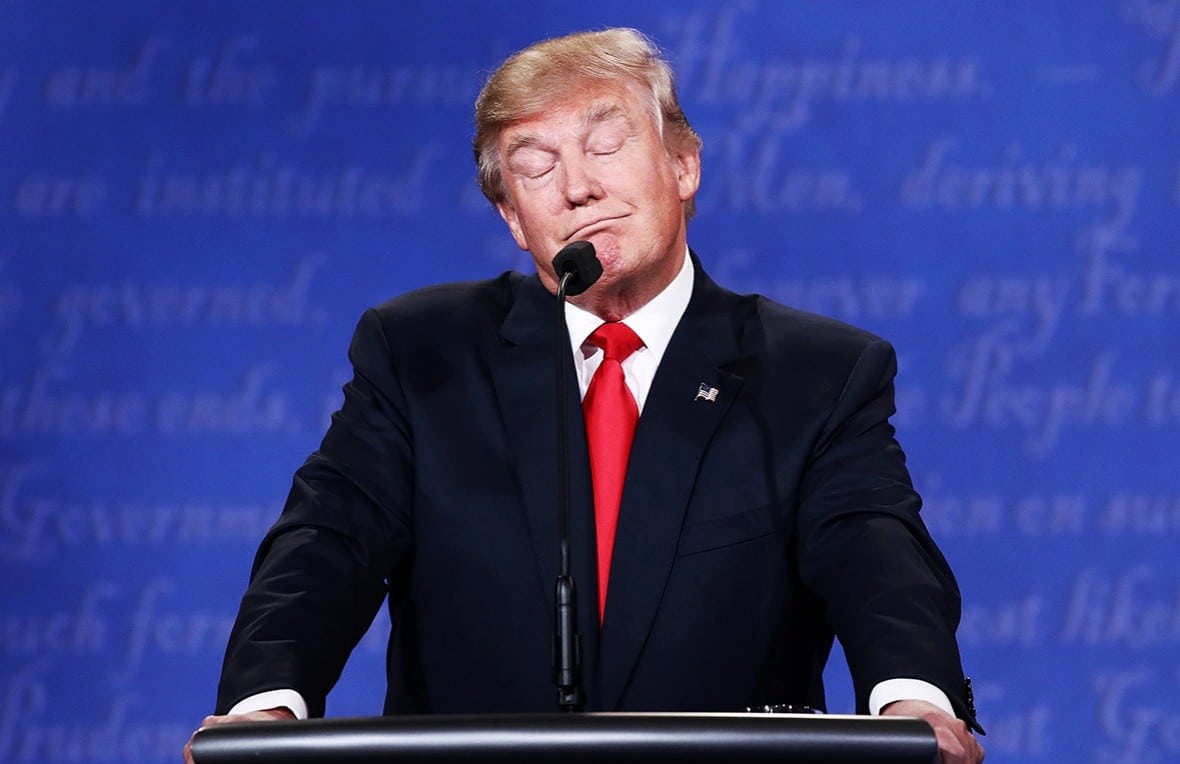 Developments on Day 344 of the Trump Administration:

Donald Trump’s impromptu interview with The New York Times, where he said 16 times that he did not collude with Russia during and after the 2016 election, continues to resonate.

Unsurprisingly, many of the deceptions are about the Trump-Russia affair. They include the lie that “virtually every Democrat”, including leading Senator Dianne Feinstein, “has said there is no collusion”; the assertion that “it’s been proven that there is no collusion”; false accusations of collusion between Russia and Democrats, including Hillary Clinton’s former chief of staff John Podesta; and the misleading statement that Trump campaign manager Paul Manafort — now indicted on financial, tax, and lobbying charges — “only worked for me for a few months”.

In his warning that he can take over the Russia inquiry at any point, Trump also declared, “I have absolute right to do what I want to do with the Justice Department.”

Trump also puts out wildly inaccurate statements about his endorsement of Luther Strange, who lost the Republican primary in the Alabama Senate special election, and then of Roy Moore, who was defeated by Democrat Doug Jones; about “I saved coal” with reference to West Virginia; about US spending in the Middle East; and about ObamaCare.

Trump — who signalled via Twitter on Friday that he may scrap his deal with Democrats to establish the “Dreamers” Act as law, threatening the permanent right to residency of young immigrants — adds false statements on immigration. He says that his proposed Wall on the US-Mexico border will stop drug smuggling, and misrepresents the diversity visa program, which his Administration is trying to sharply reduce.

The Trump Administration fires all 16 remaining members of the Presidential Advisory Council on HIV/AIDS.

The members were dismissed by a FedExed letter from the White House on Wednesday. Six other members resigned in June, protesting the administration’s inaction.

In September, Trump had renewed PACHA’s brief for another year.

The Bureau of Land Management posted on Thursday, “This final rule is needed to prevent the unnecessarily burdensome and unjustified administrative requirements and compliance costs of the 2015 rule from encumbering oil and gas development on federal and Indian lands.”

The rule was introduced aftrer years of deliberations within the Obama administration over how to deal with fracking, a practice in which fluids are forced underground at high pressure to recover oil and natural gas.

Environmentalists argue that fracking can be dangerous for groundwater, soil, and air. Federal research, including a major Environmental Protection Agency study, has found that such contamination can happen although it is not common.

The Obama rule mandated that companies disclose the chemicals they use to frack, required them to cover surface ponds that house fracking fluids, and set standards for the construction of the wells.