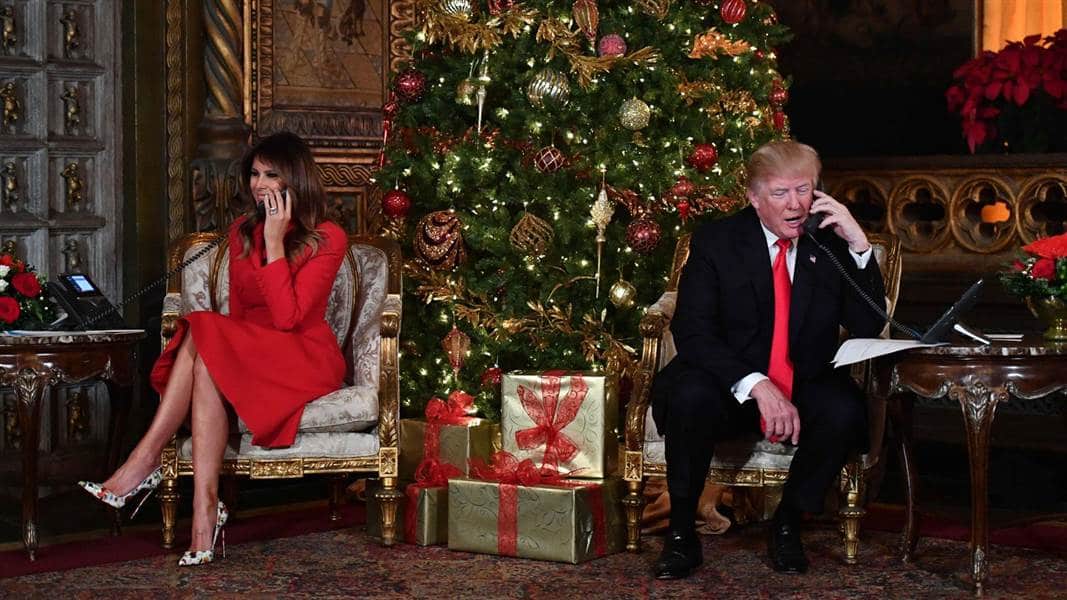 Developments on Day 339 of the Trump Administration:

In his Christmas message to the world, Donald Trump proclaims that he saved the occasion for everyone:

People are proud to be saying Merry Christmas again. I am proud to have led the charge against the assault of our cherished and beautiful phrase. MERRY CHRISTMAS!!!!!

Trump has repeatedly claimed that he has resurrected “Merry Christmas”, which had supposedly disappeared from the English language because “it is not politically correct”.

Trump’s media ally Fox TV, which has annually declared that there is a “War on Christmas”, has joined in the campaign and other media outlets such as CNN and The Washington Post have interrogated whether or not Trump has established his personal credit for saving Jesus’s birth and Santa Claus.

Apart from saving the holiday, Trump spent Christmas Eve deriding “fake news”, apparently upset that he is not getting sufficient credit for Republican tax changes pushed through Congress on Thursday and signed by Trump the next day:

The Fake News refuses to talk about how Big and how Strong our BASE is. They show Fake Polls just like they report Fake News. Despite only negative reporting, we are doing well – nobody is going to beat us. MAKE AMERICA GREAT AGAIN!

Trump is spending Christmas at his Mar-a-Lago resort in Florida. His ongoing frustration about his persistently low approval ratings came out in other tweets and retweets, with an image of him sporting a CNN blood splatter on the bottom of his shoe:

The Tax Cut/Reform Bill, including Massive Alaska Drilling and the Repeal of the highly unpopular Individual Mandate, brought it all together as to what an incredible year we had. Don’t let the Fake News convince you otherwise…and our insider Polls are strong!

Trump also continued his campaign to decimate the FBI, hoping to end the Trump-Russia investigation. He again focused on Deputy Director Andrew McCabe, who is expected to leave the agency by March, recycling unsupported allegations from Fox:

.@FoxNews-FBI’s Andrew McCabe, “in addition to his wife getting all of this money from M (Clinton Puppet), he was using, allegedly, his FBI Official Email Account to promote her campaign. You obviously cannot do this. These were the people who were investigating Hillary Clinton.”