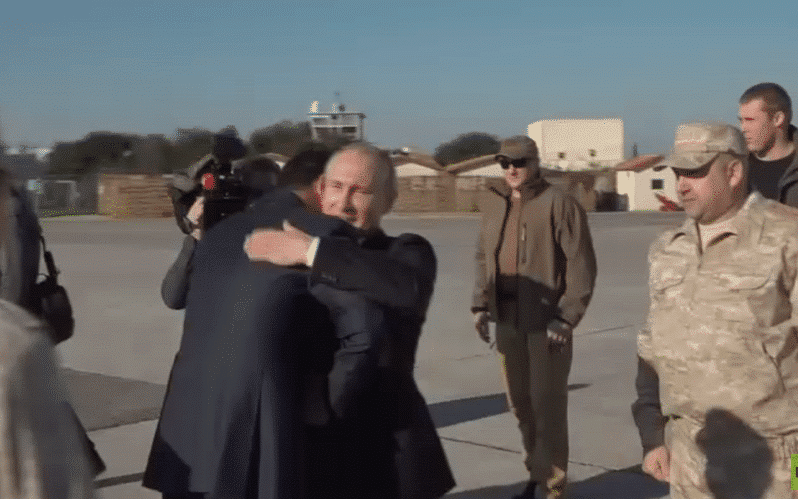 But who will pay for Syria’s reconstruction?

In a New Year’s message to Assad, Putin “expressed hope” that “the situation in Syria would continue changing for the better”, according to the Kremlin. The President repeated his standard line about “defeating terrorists”, saying that “bringing the situation in the Syrian Arab Republic back to normal would be in the best interests of the whole world and would improve security in the Middle East”.

Putin said early this month, on a sudden visit to Russia’s airbase in western Syria, that Moscow would begin a partial withdrawal of forces because of “victory” over the “terrorists”. However, the announcement was quickly overtaken by arrangements to entrench Russia’s permanent military presence. An agreement with the Assad regime confirmed Russia’s naval base at Tartous for 74 years, with the facility and personnel beyond Syrian law.

No details were given of Putin’s commitment to “territorial integrity”. Russia is trying to maneuver between the Assad regime’s insistence that there can be no federal Syria and a de facto partition of the country into areas of regime, opposition, and Kurdish control.

The regime is pressing for Russian support to overrun remaining opposition territory, notably Idlib Province in northwest Syria. There are signs that Moscow — despite its proclamation of “de-escalation zones” — will accede to that demand.

However, the situation over an effective Kurdistan in northern and eastern Syria, following the removal of the Islamic State from its positions, may be more difficult for the Kremlin. Russia has wanted to develop links with leading Syrian Kurdish groups, but the Assad regime is promising an eventual battle with the Kurdish-led, US-supported Syrian Democratic Forces.

The Kremlin also no information on Putin’s reference to promotion of “economic recovery”. With Syria losing more than 75% in GDP since the uprising began in March 2011, the Assad regime needs billions in reconstruction assistance — an amount that would put strain on a Russian economy which is under pressure.

The Russian President also spoke with Turkish counterpart Recep Tayyip Erdoğan on Saturday, proclaiming, “By working closely together our countries have succeeded inpreventing the terrorist threat from spreading further across the Middle East.”

With the evacuation of 29 seriously ill civilians from besieged East Ghouta completed, the Assad regime has renewed its deadly shelling of the area near Damascus.

Pro-opposition activists say at least 19 people were killed in and near Harasta on Saturday and attacks this morning have slain two people in a market in Kafr Batna:

#KafrBatna || Two civilians killed until this moment, others injured after an artillery shell targeted popular market in the city in #EasternGhouta. pic.twitter.com/Exq5PCpI11

Despite a “de-escalation zone” agreed between Russia and rebels, the regime has continued assaults throughout the autumn and into the winter. The bombardment is accompanied by a tightened siege which is threatening malnutrition and even death among the almost 400,000 residents.

Detailed statistics on the situation for civilians in East Ghouta, by @REACH_info. Slight improvement, but food prices remain on average 911% above Damascus. https://t.co/nzOyMeUzhf #Syria pic.twitter.com/3OUyYFFkKU