Iran Developing: Large Protests in Mashhad and Other Cities Over Inflation 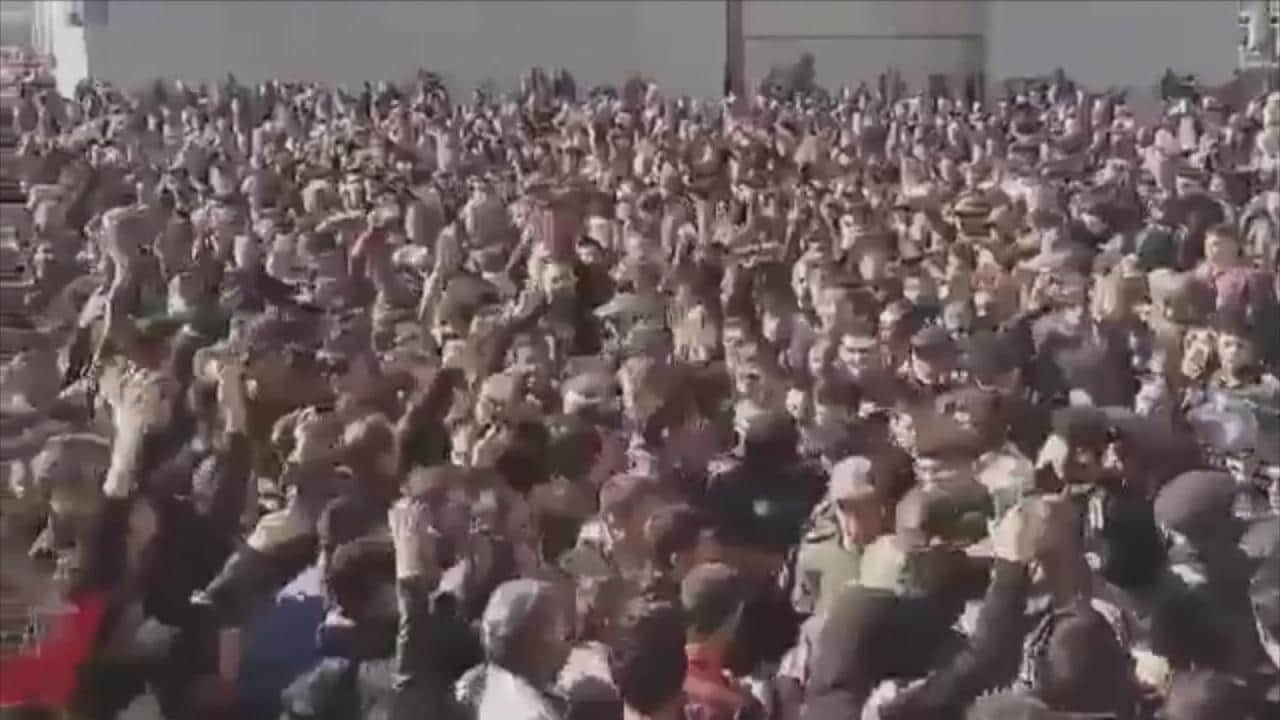 Video is circulating of large protests in several Iranian cities on Thursday over rising prices.

Demonstrations are reported in Iran’s second city Mashhad, Neyshabur, and Kashmar, all in the northeast in Khorasan Province, and Yazd in the center. Slogans include “Death to [President] Rouhani”, “Death to the dictator”, “You took Islam as a staircase to power but left the people”, and “Don’t be scared, we are all together.”

There were also calls for Iran’s officials to focus on domestic issues and pull back from interventions, with chants such as “No Gaza, No Lebanon” — a refrain of lines after the disputed 2009 Presidential election — and “Forget about Syria, think about us”.

The rallies began earlier this week in Isfahan after officials warned of worsening unemployment, with more than 27,000 people fired from their jobs because firms went bankrupt over the past nine months.

Demonstrators in Mashhad gathered in a central square and then moved towards the shrine of Imam Reza, one of the holiest sites in Shia Islam:

The Governor of Khorasan Province, Mohammad Rahim Norouzian, said the gathering was illegal but “the police force was very tolerant”. However, video showed tear gas being used to disperse demonstrators:

In Neyshabur, “Leave Syria, think of us”:

Footage has also been posted of the Yazd rally, with protesters shouting, “What a mistake I made to vote for Rouhani!”.

A cartoon showing the Supreme Leader closing his ears to the demands for action, as he thinks of Syria, Lebanon, and Palestine: 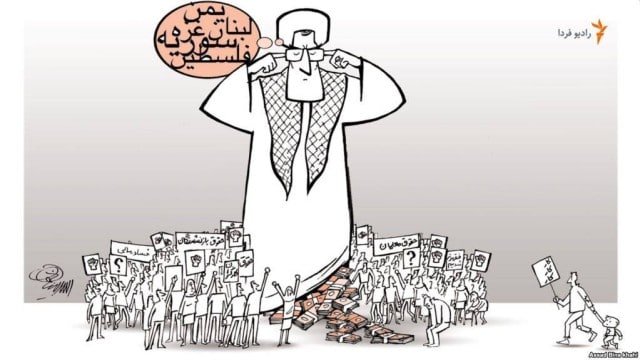 A compilation of the demonstrations in Neyshabur, Yazd, Shahrud, Kashmar and Mashhad: