Iran Daily: Tehran — We Want to Scrap All Human Rights Resolutions Concerning Us 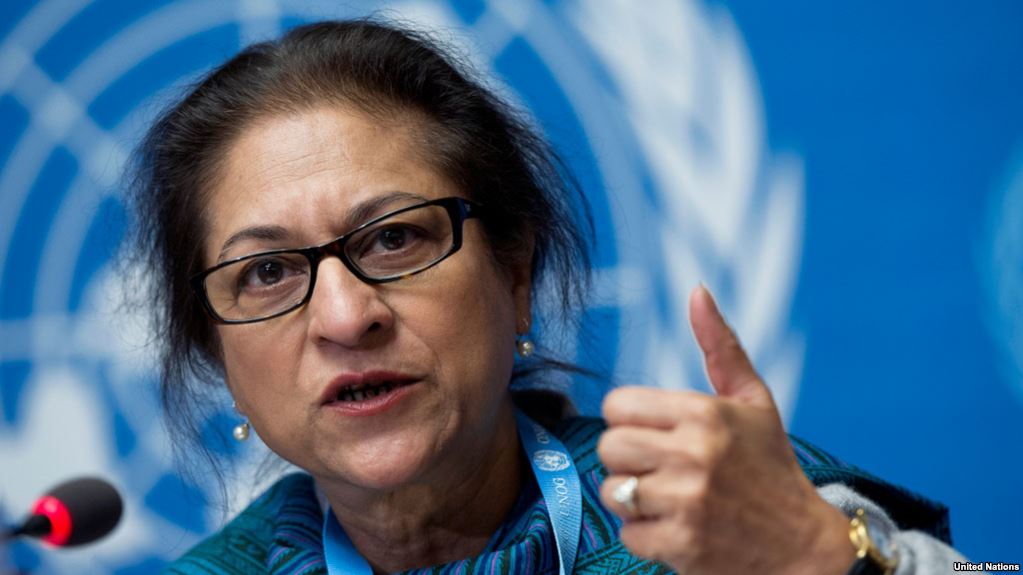 Iran’s regime has called for the elimination of the UN Special Rapporteur on Human Rights and the abandonment of all human rights resolutions concerning the Islamic Republic.

High-ranking judiciary official Kazem Gharibabadi set out the goals, more than two weeks after the UN approved its latest resolution condemning Iran’s human rights record by an 83-30 vote, with 68 abstentions.

He did not explain how Iran will halt the human rights effort.

The UN resolution, sponsored by Canada, expressed serious concern at the “alarmingly high frequency” of the imposition of the death penalty, including against minors and on the basis of forced confessions.:

Since the post was created in March 2011, the UN Special Rapporteur — first former Maldives Foreign Minister Ahmed Shaheed, now Pakistani lawyer Asma Jahangir — has issued a series of reports challenging Iran over human rights violations, including its frequent use of the death penalty, detention of political prisoners, lack of due process, and harassment of journalists, lawyers, students, and activists.

Iran has condemned the rapporteurs as politically motivated, refusing them entry into the country. It has accused Jahangir of taking bribes from Saudi Arabia.