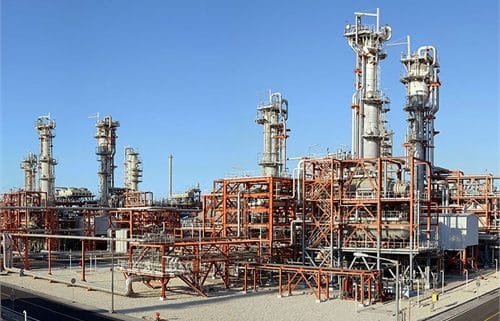 There are more signs that France’s energy giant Total may quit a $4.8 billion gas deal with Iran, the centerpiece of the Rouhani Government’s drive for economic recovery through foreign investment

A “senior official” at Total emphasized this week that there is “some mechanism that permits us to exit the deal softly if forced to by international sanctions”.

The statement reinforced messages from Total CEO Patrick Pouyanne this autumn that implementation of the deal, signed in July, had been put off until early 2018 because of US sanctions and the prospect that these may be toughened under the Trump Administration.

The senior official said that while Total faces losses of several tens of millions of dollars if contracts are scrapped, that will be a small sum for a company worth more than $140 billion.

The project to develop a phase of the South Pars gas field, the largest in the world, was estimated to produce up to 2 billion cubic feet of gas — the equivalent of 400,000 barrels of oil — per day. It would have have begun supplying the Iranian domestic market from 2021.

Another sign of the deal’s possible collapse came from China, where leading oil and gas company CNPC is discussing the takeover of Total’s stake if the French firm departs, according to industry sources.

A “senior Beijing-based source” confirmed that, under the July agreement, CNPC has the option to assume Total’s 50.1% stake and become operator of the project.

Currently CNPC has a 30 percent stake in the South Pars project, while the Iranian national oil company’s subsidiary PetroPars has 19.9%.