BFBS Radio: Lebanon is Caught Up in Saudi-Iran Confrontation 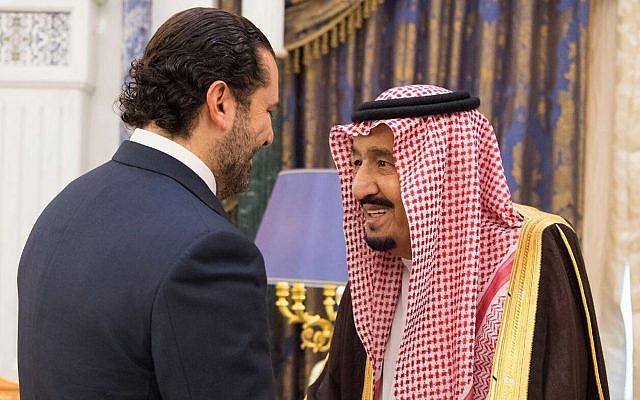 In the last two weeks, the intersection of Saudi-Iran rivalry in the Middle East with Lebanon’s internal politicis has taken on new intensity.

Yemen’s Ansar Allah (Houthi) insurgents have fired a missile — which the Saudis claim was supplied by Iran — on Riyadh International Airport. Lebanon’s Prime Minister Saad Hariri suddenly resigned during a trip to Riyadh and then disappeared for a week, with claims that he had been detained by the Saudis. The kingdom accused Iran and its ally Hezbollah, part of Lebanon’s governing coalition, of “acts of war”.

Umer Karim of EA and the University of Birmingham outlined the situation on Thursday to the British Forces Broadcasting Service.

Listen to Discussion from 21:12

The Saudis now think Lebanon is a lost case, so they are treating Lebanon as a political war zone in the broader rivalry with Iran.

The involvement of Hezbollah in Yemen as trainers and faciltators for the Houthi rebels in Yemen has practical implication for Saudi security, and this is a red line for the Saudis.

The events in Iraq and Syria, with [Iranian-supported] Iraqi militias and Hezbollah meeting on the border — the Shia Crescent in the Middle East is forming now from Iran to Iraq to Syria to Lebanon. The Saudis can’t see this happening.