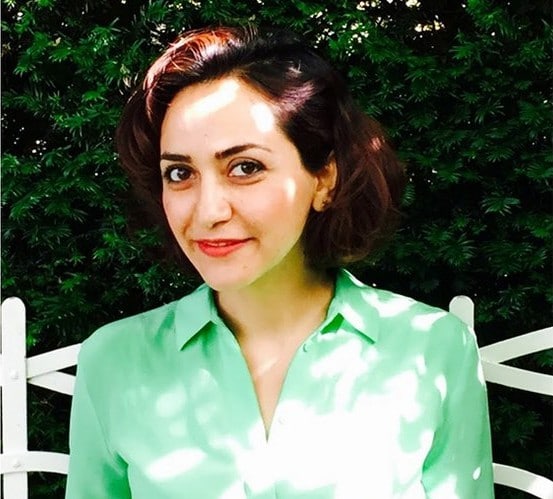 Since the mass protests after the disputed 2009 Presidential election, Iran’s regime has cracked down on the broadcaster BBC Persian. Staff and their families have been threatened and harassed, with freezing of assets, interrogation, and threats of detention.

Soon after BBC Persian reporter Niki Mahjoub left Iran eight years ago, she lost her grandmother to cancer. Not only was she not able to see her grandmother, who had actually raised her, embrace her and tell her goodbye one last time, she could not even talk to her on the phone. As a BBC reporter, traveling back to Iran would have exposed her to huge risks, and in the aftermath of the disputed 2009 presidential election, phone communication was disrupted too.

A few years later, when her father was on his deathbed in the hospital, Niki Mahjoub was again unable to visit him; she was blocked from saying goodbye to him in person.

As before, she had been working for the BBC. If she returned to Iran, she says she can’t imagine what would have awaited her. But she says she still can’t believe that her father is gone, and it still hurts badly. “My relationship with my father was something different,” she says, thinking back to the time before she left Iran. “Every day I tried to get home before 7pm, before [he took] strong painkillers to put him to sleep. I talked to him every day. I wanted to go to Iran but the family worried that another problem would be added to the difficult situation [to do with] my dad.”

I don’t like Wednesdays. It was a Wednesday when my mother called and said, ‘I am sorry, my dear Niki!’I still can’t talk about it calmly. A lump in my throat stops me every time I start.”

Harassment of a Sick Father

Another BBC Persian journalist told Journalism Is Not a Crime, IranWire’s sister site, that authorities have repeatedly summoned his father, who has been suffering from a heart condition, for questioning. “My father is retired and ill,” he said. “His doctor says that stress is very dangerous to him but they have repeatedly dragged him to the Intelligence Bureau of the city where they live. They contact him at odd times and question him about me. ‘Isn’t he going to resign?’ they say. ‘Convince him to resign and return [to Iran].’”

The journalist, who asked to remain anonymous, says that his brother and his former brother-in-law have been summoned too, and been questioned about their personal life. Authorities ask about who the journalist associates with, what he says during phone conversations, and other personal details.

The journalist says that when his parents returned to Iran after a short visit with him in Turkey, authorities interrogated them at the airport for hours, and conducted a thorough search of their belongings. In particular, they said they were looking for flash memory cards, CDs and other storage devices.

For a long time, his family did not tell the journalist about the interrogations or the threats. They didn’t want to worry him. “My brother and sister had children. The only thing that I could do was to look at their pictures,” he says. “A close relative of mine died and I could not be [there]. And my brother gave up his work at the university as a result of pressures and threats.”

“These pressures are ridiculous,” he says, “because the information that a journalist receives and publishes is public information. If somebody is in the business of gathering sensitive information, he would not work as a journalist, [because he] is always under a magnifying glass. More importantly, he would not involve his family.”

An Illegal Court Order and Complaints to the UN

The Islamic Republic has made a habit of threatening and harassing BBC Persian journalists. The BBC’s Persian Service is banned in Iran and BBC Persian staff and their families have routinely faced harassment and questioning from the authorities for years. But an August 2017 court order freezing journalists’ assets goes a step further. The order, which law experts in Iran say is illegal, blocks journalists and even their families from accessing assets to which they are legally entitled.

“They cannot inherit family assets and [it prevents] them and their families from selling assets, like property or even cars, in Iran,” the BBC statement about the court order says. “This is a deprivation of human rights, which is against the Iranian constitution.”

On October 25, 2016, David Kaye, the UN Special Rapporteur on the promotion and protection of the right to freedom of opinion and expression, filed an urgent complaint with the UN concerning the matter of journalists, their families, and their rights.

Along with Asma Jahangir, the UN Special Rapporteur on human rights in Iran, the BBC reported that Iranian authorities had initiated a criminal investigation into 152 BBC Persian staff, former staff, and contributors. Their alleged crime was “conspiracy against national security” in Iran and abroad.

In its statement, the BBC condemns the move to block the economic freedom of its journalists. “This is the latest in a sustained campaign of harassment and persecution which is designed to pressure journalists against continuing their work for the BBC,” it says. “The campaign includes cases of the arbitrary arrest and detention of BBC Persian staff’s families, the confiscation of passports and travel bans on family members leaving Iran to prevent them from seeing their relatives working for the BBC Persian Service, ongoing surveillance and harassment, and the spread of fake and defamatory news stories designed to undermine the reputation of BBC Persian staff and their families.”

Eighty-six of the 152 journalists under investigation have been threatened or harassed by Iranian authorities. Eighty-five of them say that members of their families have been interrogated. State-run media have run smear campaigns against at least five journalists, publishing false material about their sex lives, accompanied by obscene, altered photographs. Family members of 44 BBC Persian journalists have been threatened with losing their jobs and businesses — and even with death.

One of the most shocking cases of harassment concerns BBC Persian journalist Saeedeh Hashemi. Security agents raided her parents’ home in Tehran during the night and took her younger sister away. Her sister sent her a message via Skype from Evin Prison. “The message said, ‘Hello sister, how are you?’ I was shocked. ‘Where are you?’ I asked? ‘I am in Evin Prison,’ she answered. ‘I am with my interrogators and these gentlemen want to talk to you.’”

Hashemi’s sister spent 17 days in solitary confinement. During this time, she spoke with her sister outside the country and, obviously pressured by her interrogators, asked her to “snoop” for the Iranian authorities. “From the very start it was clear that they wanted to release my sister in exchange for information about how things work at the BBC, [and for] personal information about my colleagues and my work, my relationships with others, salaries and so on,” she says. “It was clear that they wanted me to spy for them. ‘You have taken my sister hostage so that I would spy for you?’ I told them. ‘I am not going to do it.’”

Negin Shiraghaei, a reporter and presenter for BBC Persian, has also been harassed repeatedly. “The pressures started two years after I joined BBC Persian,” she says. “Throughout these six years many things happened. They repeatedly summoned my father, who had cancer and was going through chemotherapy. Many times, armed with arrest warrants for my parents, they raided our home and confiscated things. They prevented my brother from teaching at the university for a semester. They tried to hack my accounts. They interviewed me, pretending to be somebody else. They published what I had said out of context and they tried to convince me to travel to a third country like Armenia or Indonesia to meet with their agents.”

“The Iranian government is conducting what appears to be a politically motivated investigation into 152 BBC Persian staff, former staff and contributors, accusing them of conspiracy against national security in Iran,” said Tony Hall, Director General of the BBC. “This is an unprecedented collective punishment of journalists who are simply doing their jobs. This is not just a campaign against BBC Persian staff but against fundamental human rights, and the BBC calls on the government of Iran to end this legal action immediately.”

The BBC’s statement cities some examples of the harassment against its staff:

*Many elderly parents have been interrogated, including being questioned late at night.

*A child under 10 years old was called in for questioning because of [the child’s] relationship to a staff member.”

The statement continues: “Many BBC Persian staff have not been able to visit their dying parents for fear of imprisonment or being prevented from leaving Iran. Reputations have been attacked in the press and on social media with false and defamatory allegations. Many staff have been subjected to fake news accusing them of sexual impropriety or sexual acts which are illegal in Iran, including those which attract the death penalty.”

The UN’s Special Rapporteur David Kaye acknowledged that he has received the BBC’s complaint. “We raised very serious concerns with the [Iranian] government just over the last couple of days,” he told journalists at UN headquarters in New York. “We urge the government of Iran to stop harassing the employees and families of employees of the BBC Persian service as well as other journalists.”

“It’s a very, very serious concern to us,” Kaye added, “in part because it’s reflective of an overall pattern, but also because it’s creating direct harm against individuals who are only trying to do their job, which is a job that is protected by international human rights law.”

Former BBC Media Action (formerly BBC World Service Trust) employee Nazanin Zaghari-Ratcliffe is serving a five-year prison sentence over allegations of planning the “soft overthrow” of Iran’s government while traveling to the country with her toddler daughter. Recently the Revolutionary Guards opened a new case against her and, if found guilty, she could serve a further 16 years in jail.

“In the course of this year, I have met with numerous journalists, including some working in the Persian Service of the British Broadcasting Company during a short visit to the United Kingdom,” wrote UN Special Rapporteur Asma Jahangir in her semi-annual 2017 report on Iran for the United Nations General Assembly. “They described how they have been harassed and intimidated by agents of the State. In some cases, I understand that those targeted did not return back to work. I have also received reports of family members being called in for questioning and warned of dire consequences if their relatives continued to work for the BBC Persian Service, and the imposition of asset freezes preventing the journalists, for example, from being able to sell property.”

Despite international attention and condemnation, however, Islamic Republic officials have shown no signs of letting up on their campaign of harassment.