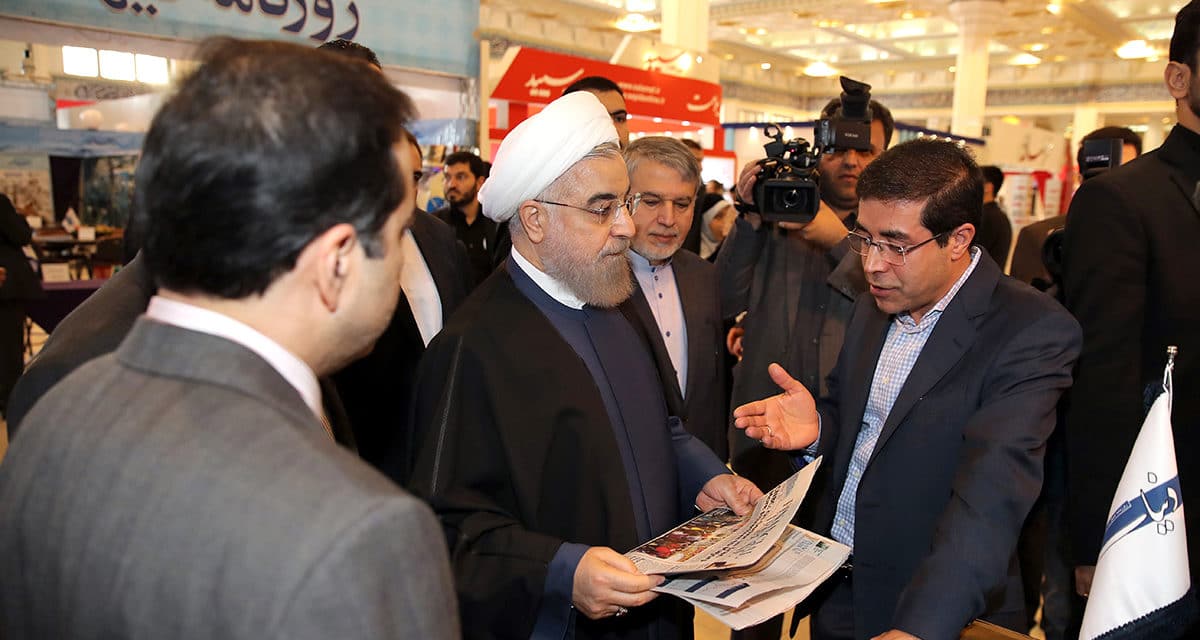 Iran’s Rouhani Government has stepped back from a bill imposing restrictions on journalists.

The government has returned the Media Governance Organization measures to Iran’s Cultural Commission for further review.

Journalists and lawyers objected that the bill requires those in the media to apply for a special license if they cover public affairs and state matters. Any journalist accused of a “media offense” can be tried without a jury.

The Government has insisted that the provisions are to “support journalists’ legitimate rights”, with backing of “the freedom of media staff who are responsibly active in covering events and developments…free flow of information…[the] public’s right to have access to information…[and] moral ethics and professional code of conduct among journalists”.

But prominent lawyer-journalist Kambiz Norouzi, writing in the reformist daily Shargh, said, “MGO, if launched, will lead to creating a government controlled journalism, denying the necessity of independence for the profession and imposing more restrictions on Iranian media.”

President Rouhani and his advisors called on the Cultural Commission to define the penal and legal matters in the bill with “special care” and report the outcome to the Cabinet. Meanwhile, they have asked the Employment and Administrative Organization to consider launching MGO as a public, non-governmental organization.

In her latest report, the UN Special Rapporteur on Human Rights in Iran, Asma Jahangir, cited the ongoing interrogations, surveillance, harassment, and intimidation of journalists.

Iran is among the top 10 countries in the world for detention of journalists. The judiciary issues bills of indictment against Iranian journalists working abroad, depriving them of basic rights and property.

On October 25, the BBC filed a complaint with the UN over Iran’s freezing of the assets of more than 150 people associated with BBC Persian. Staff and their families are intimidated, harassed, and threatened with imprisonment.

Saudi Arabia has warned Iran of a potential “act of war” over the firing of a ballistic missile towards Riyadh by Yemen’s Houthi insurgents.

The Saudi regime denounced the “flagrant military aggression by the Iranian-controlled Houthi militias” and said that an examination of the debris “confirmed the role of Iran’s regime in manufacturing [this and a previous missile] and smuggling them to the Houthi militias in Yemen for the purpose of attacking the Kingdom, its people, and vital interests”.

Iran’s role and its direct command of its Houthi proxy in this matter constitutes a clear act of aggression that targets neighboring countries, and threatens peace and security in the region and globally.

“Therefore, the Coalition’s Command considers this a blatant act of military aggression by the Iranian regime, and could rise to be considered as an act of war against the Kingdom of Saudi Arabia.

Saudi authorities said they would temporarily close all Yemeni ground, air, and sea ports while investigating the smuggling of the missiles into the country. Yemen’s national airline, Yemenia, subsequently cancelled all flights.

KSA is engaged in wars of aggression, regional bullying, destabilizing behavior & risky provocations. It blames Iran for the consequences.4/

Zarif said the Saudis were “killing 1000’s of innocents including babies” with its military intervention in Yemen as it “spreads cholera and famine”.