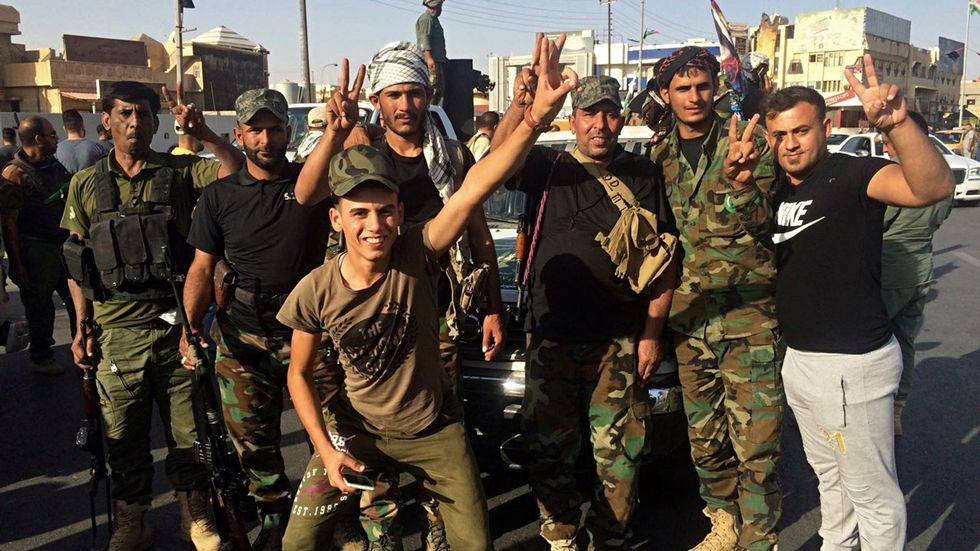 The Iraqi Government has rejected US calls for “Iranian militias” to leave the country after successful battles against the Islamic State.

Iranian militias that are in Iraq, now that the fight against [ISIS] is coming to a close, those militias need to go home. The foreign fighters in Iraq need to go home and allow the Iraqi people to regain control.

Analysts as well as the Iranian regime quickly pointed that there are no Iranian units in the anti-ISIS campaign. Instead, Iranian commanders helped organize and deploy Iraqi Shia militias, known as Popular Mobilization Units, who fight alongside Iraqi Government forces.

A senior US official corrected Tillerson’s statement, saying he was referring to the PMUs and Iran’s Quds Forces, the branch of the Revolutionary Guards for foreign operations.

On Monday, a statement from al-Abadi’s office responded to Tillerson that “no party has the right to interfere in Iraqi matters”.

Although the Islamic State has now lost all of its positions in Iraqi cities, the PMUs continue to be involved in the contest for power inside the country. Last week, they were prominent as Iraqi Government forces pushed Iraqi Kurdish peshmerga out of the dispute city of Kirkuk and nearby oilfields.

Rouhani: “Where Can Action Be Taken Without Iran?”

The Iranian Government continued its putdown of Tillerson on Monday, restating their commitment to involvement in Iraq.

On a visit to South Africa, Foreign Minister Mohammad Javad Zarif said the militiamen “are already in their homes and have not been waiting and will not wait for anybody’s order”.

He added, “If they had waited for orders from Tillerson and US government, today, we would have had Daesh in Baghdad and [Iraqi Kurdistan capital] Erbil.”

Unlike the U.S.—which sees regional conflict in its interest to sell more arms—we desire more dialog with and between all our neighbors.

President Hassan Rouhani said in a televised speech yesterday, “In Iraq, Syria, Lebanon, northern Africa, in the Persian Gulf region — where can action be taken without Iran?”