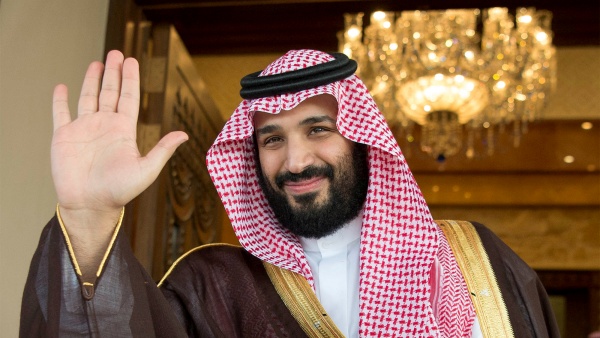 Saudi Arabia is in the throes of a transition, with unprecedented developments on political and social fronts.

The regime has arrested a plethora of Islamist clerics, as well as other notable figures in Saudi society who have raised concerns about economic reforms in the kingdom. On the other hand, there are gestures of opening public space, with women given the right to drive and even to attend public gatherings.

These surprising and swift developments are directly linked with the political strategy of Crown Prince Mohammad Bin Salman. It is a strategy focused not only on cementing his authority but also on structuring the hierarchy of Saudi politics and policymaking processes to contribute to his profile of power and political vision.

If this is Saudi Arabia’s change, it is also to be identified as Mohammad bin Salman’s change.

“Enemies”, Inside and Outside

The core of the presentation is of a defense against enemies inside and outside the Kingdom. The arrest of clerics, with declarations that they are working for the agenda of foreign entities, is tied to the Saudi-led campaign against Qatar with cutting of relations, a blockade, and the demand for the closure of Al Jazeera. Historically protests and activism challenging the regime have been connected to the threat of Iran.

Among the arrested clerics are Salman al-Awdah and Awad al-Qarni, who have been at the helm of the Sahwa movement since the 1990s. This political-religious front has combined Salafist theological underpinnings and the political thought propagated by the Muslim Brotherhood.

Recognizing the potential political and security challenges, the regime arrested most of Sahwa’s members in the early 1990s, releasing them after years of detention. Since then, Sahwa clerics have been rather compliant towards the Saudi state in their political outlook; however, in the religious domain, they have garnered a massive following, including millions of Twitter followers. In contrast, the official Saudi religious establishment has been occupied by relatively lacklustre figures after the death of prominent clerics such as Shaykh Abdul Aziz Bin Baz and Shaykh Ibn al-Uthaymeen.

The high level of esteem enjoyed by the Sahwa clerics has further complicated the role of religious propriety in national life. Attempts by Saudi authorities to reduce the influence and powers of the religious establishment” has only damaged the regime’s prestige as religious proprietors and boosted the standing of Sahwa figures.

Mohammad Bin Salman understands this state of affairs, but — trying to establish his de facto leadership of the Kingdom, from the Vision 2030 economic program to foreign policy — he needed a catalyst for action. It came in the dispute with Qatar, which has exposed the personal grievances between the royal houses of the Gulf nations.

Most of the Sahwa clerics adopted an intriguing silence as Saudi Arabia, the UAE, and allies imposed their blockade and enacted laws forbidding public sympathy with Qatar. In normal circumstances, this quietist approach should have been sufficient, but with the ascendancy of Mohammad Bin Salman, reticence was inadequate. Any narrative differing from the official Saudi state discourse vis-à-vis Qatar — even a narrative of silence was unacceptable. Coming from people seen as political obstacles, it was problematic and non-negotiable. And so the case was put for the arrests of those supposedly working with the Muslim Brotherhood and getting funding from foreign entities to undermine the security of the kingdom.

With those arrested ranging from political islamists to those from various social backgrounds, the linkage is their criticism of the regime, framed by the monarchy as an attempted disruption of “national unity”. They have not only queried the campaign against Qatar but also the regime’s use of social media and economic steps such as the plan to privatize the oil company Aramco.

Beyond Sahwa and beyond Qatar, the regime’s steps — from arrests to the “liberalizing” of society with women driving cars — are a campaign for a positive and strong image of Mohammad bin Salman. It is the preparation for him to ascend to the throne now held by his father, King Slman. the crown prince is in progress and at the root of these new happenings. This may mean that these developments are actually preparations for the Crown Prince to finally ascend to the Royal throne.

Less prominent but just as significant in this campaign have been changes in the system of Saudi decision-making. The newly created Presidency of State Security, which oversees the counter-terrorism apparatus and domestic intelligence services, has been instrumental in the recent arrests. Importantly, the Presidency bypasses the Interior Ministry — still run by a nephew of Prince Mohammad Bin Nayef, the former Interior Minister and rival of Mohammad bin Salman who is now effectively under house arrest — and is directly responsible to the King.

Mohammad bin Salman’s power play is not free of risks. Limiting the power of Islamists may address future political challenges for the Saudi royals, but it can also result in a rise of groups advocating violent resistance. Social liberalization could perturb conservative segments of society. Encouraging involvement of women in public life may finally acknowledge them as an integral part of Saudi institutions and the workforce, but this can also have consequences for a Vision 2030 program which is gambling on an imminent outcome of economic success.

The rise of Mohammad Bin Salman has been Napoleonic, at a time when the Kingdom was driven by octogenarians with no clarity in terms of political succession. He has managed to remove all his political competitors and has emerged as the ultimate power from a mist of confusion and unpredictability.

Just like Napoleon had a deep impact on the France of his day, the Saudi Arabia of the future will be carved out in the vision of Mohammad Bin Salman.

But Napoleon ended his life not as a ruler, but as an exile on an island in the South Atlantic. Can the prospective king of Saudi Arabia avoid a similar fate?