Despite Trump’s Bluster, US is Not Leaving Iran Nuclear Deal 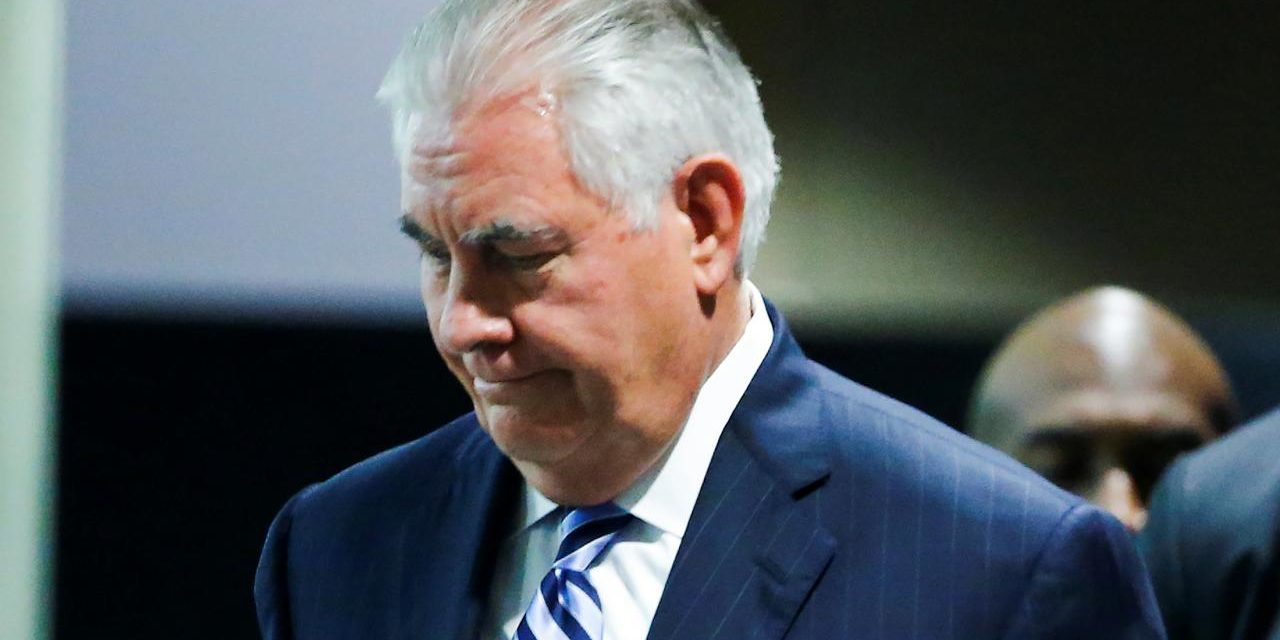 For all of Donald Trump’s bluster at the UN General Assembly on Tuesday about the July 2015 nuclear deal with Iran — an “embarrassment” to the US as “one of [its] worst and most one-sided transactions” — the US will not be leaving the agreement.

Enjoying being the center of attention after his provocative address, Trump maintained the drama yesterday, telling reporters three times “I have decided” over the future US status but refusing to divulge the verdict. He continued the spectacle by also declining to reveal his judgement to British Prime Minister Theresa May, even though the UK is one of the 5+1 Powers (US, UK, France, Germany, China, and Russia) who signed the accord with Tehran.

But Trump’s show, far from being a marker of American strength, appears to be a cover-up for a lack of American options with the European Union and US partners seeing no reason to abrogate the deal. Thus, administration officials said yesterday that they will try to persuade other countries to renegotiate the Joint Comprehensive Plan of Action, bringing Iran’s back to the table despite its declared refusal to do so.

The officials explains that the administration wants to extend the time frame of 10 to 15 years on the deal’s clauses, including limitation of Iran’s enrichment of uranium, and imposing restrictions on Tehran’s development of ballistic missiles. They maintain that the other 5+1 Powers are open to negotiation of a separate follow-up agreement.

However, that path already appears to face a dead end. Iranian President Hassan Rouhani said on Wednesday that renegotiation is a “closed issue”. Equally important, the three European powers have shown no intention of endorsing the US approach, despite the assertion of the administration officials, and China and Russia will almost certainly be opposed.

Trump could still refuse to certify Iranian compliance on October 15, bolstering recently-adopted US sanctions and pointing the way to withdrawal. However, he has twice balked at taking the step since he became President, with advisors arguing that — given Iran has adhered to the JCPOA’s terms — the unilateral American step would free up the Islamic Republic to quickly return to the enrichment of 20% uranium and could isolate the US over the issue.

Secretary of State Rex Tillerson appeared to embody the US line of negotiation on Wednesday as met counterparts from the 5+1 and Iranian Foreign Minister Mohammad Javad Zarif.

After his first encounter with Zarif, Tillerson said, “It was a good opportunity to meet, shake hands. The tone was very matter of fact. There was no yelling. We didn’t throw shoes at one another.”

Tillerson tried to lay the ground for a reworking of the nuclear deal by arguing that, while Iran “is in technical compliance”, Tehran is violating the spirit of the agreement with actions such as support of “terrorists”.

BUt he conceded that prospects of persuading the other 5+1 powers, much less Iran, to reconsider the deal were daunting, even as he said he remained optimistic: “It always gets the darkest before you might have a breakthrough.”