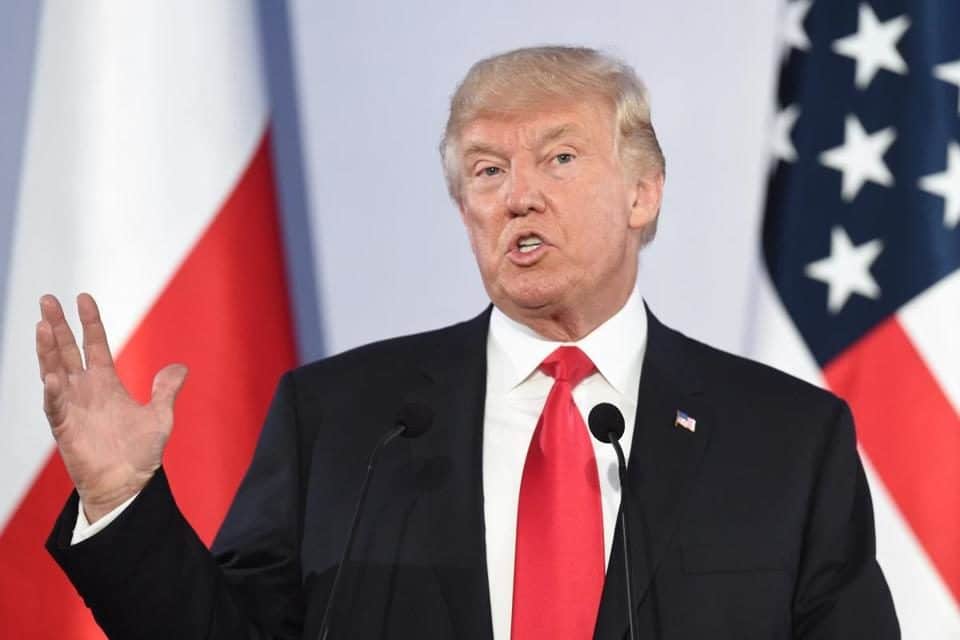 Developments on Days 174 and 175 of the Trump Administration:

Donald Trump has denounced the US press and his own intelligence services in a press conference, while trying to push aside the confirmation of Russian interference in the 2016 Presidential election.

Trump has often blasted “fake news” and escalated his war on the media in the past week. He has also called officials of the US intelligence services “Nazis” for pursuing the Russian influence operations and the possibility of collusion with the Trump campaign.

But this time Trump attacked the US services while on foreign soil, speaking in Poland on the first stop of a European trip in which he will meet Russian President Vladimir Putin on Friday.

In a span of 13 minutes, on foreign soil, Trump trashed the American free press, the U.S. intel community, and Obama https://t.co/rMljkC0oXH

Pressed over the assessment by all US intelligence agencies of Russia’s attempts to swing the 2016 election against Hillary Clinton and thus towards him, Trump repeated his line, “I think it very well could be Russia but I think it could very well have been other countries. I think a lot of people interfere.”

He then tried to dismiss the work of the intelligence agencies by invoking the politicization of intelligence by the Bush Administration before the 2003 Iraq War:

He added to the attempt to divert any blame from Moscow or himself with the false assertion that the Obama Administration did nothing about the Russian interference — which he had said moments earlier might not have happened:

Obama was cautious about taking any measures before the November 8 election, to avoid any argument that he had carried out his own interference, but he imposed sanctions in late December on Moscow over its intervention. Trump’s nominee as National Security Advisor, Michael Flynn, then spoke with Russian Ambassador Sergei Kislyak five times about limiting the sanctions — conversations which eventually led to Flynn’s departure from office and Trump’s possible obstruction of justice when he asked FBI Director James Comey to drop any investigation.

Trump then used a friendly reporter to set up his latest attack on media coverage.

He invited a question from David Martosko of the Daily Mail — who has met Trump to pitch the idea of a biography and who was briefly considered for a White House press job — to criticize CNN’s coverage of his tweet in which he showed himself body-slamming a man with a CNN logo for a head:

I think what CNN did was unfortunate for them. As you know, they now have some pretty serious problems. They have been fake news for a long time. They have been covering me in a very dishonest way.

Martosko, who falsely said that CNN had threatened to expose the identity of the Reddit who posted the video used in Trump’s tweet, shook hands with Dan Scavino, Trump’s director of social media, after the news conference.

Scavino may have set up Trump’s use of the wrestling video on Sunday.

After his polemic, Trump turned to Polish President Andrzej Duda — whose own curbs of press freedoms have led to mass protests — and asked, “Do you have that also, Mr. President?”

In the middle of a New York Times profile of CNN head Jeff Zucker, there is this revelation about the Trump Administration’s campaign to curb the channel’s coverage.

White House advisers have discussed a potential point of leverage over their adversary, a senior administration official said: a pending merger between CNN’s parent company, Time Warner, and AT&T. Mr. Trump’s Justice Department will decide whether to approve the merger.