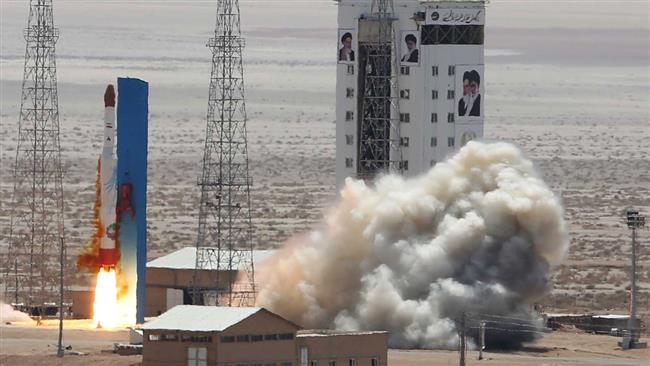 Three European countries have dealt a political and economic blow to Iran by joining the US in criticism of Tehran’s ballistic missile tests.

Britain, France, and Germany joined the US in a blunt statement, “We condemn this action,” declaring that the latest launch breaches UN Security Council Resolution 2231, passed at the time of the July 2015 nuclear agreement between Iran and the 5+1 Powers [US, UK, Britain, France, Germany, and Russia]:

Iran’s program to develop ballistic missiles continues to be inconsistent with UNSCR 2231 and has a destabilizing impact in the region. We call on Iran not to conduct any further ballistic missile launches and related activities.

The UN resolution calls on Iran “not to undertake any activity related to ballistic missiles designed to be capable of delivering nuclear weapons, including launches using such ballistic missile technology”. Tehran maintains that its missiles are not in breach because they are not designed to carry nuclear warheads.

The European position dents the Islamic Republic’s efforts to split them from the US as Congress and the Trump Administration move towards additional sanctions. Trade and investment links with European countries — vital for Iran’s economic recovery after implementation of the nuclear deal — have been hindered by ongoing American restrictions, with European firms fearing punishment by Washington if they do business with the Islamic Republic.

Before the European-US statement, Iranian Foreign Minister Mohammad Javad Zarif used Twitter to appeal that Iran is in compliance with the nuclear agreement’s Joint Comprehensive Plan of Action:

Iran – unlike the U.S. – has complied in good faith with the letter AND spirit of JCPOA. Rhetoric & actions from U.S. show bad faith. 1/3

Every word of JCPOA carefully negotiated. Iran does not develop missiles that are “DESIGNED to be capable of delivering nuclear weapons”.2/3

Iran is not & will not be developing nuclear weapons; so by definition cannot develop anything DESIGNED to be capable of delivering them.3/3

Last week the Trump Administration reconfirmed that Iran has adhered to the JCPOA; however, Washington maintains that ongoing and expanded sanctions are justified by the missile tests, Tehran’s alleged support of “terrorism”, and Iran’s human rights issues.

The rocket, Iran’s largest to date, is intended to launch the domestically-built Earth observation satellite Tolou in the near-future.