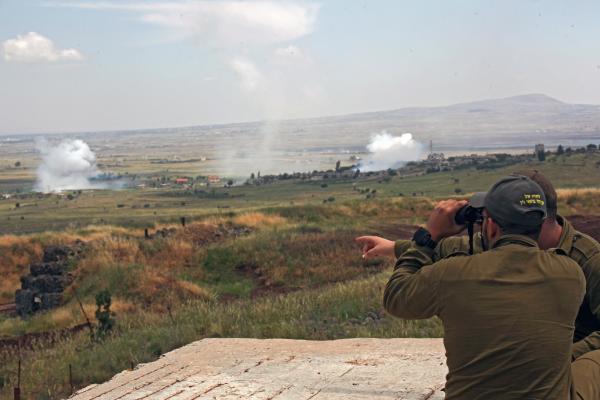 Russia and the US are holding talks on creation of a “de-escalation zone” in southwestern Syria, but are excluding Moscow’s ally Iran.

“Western diplomats and regional officials” said the Russian and US special envoys for Syria, Alexander Lavrentiev and Michael Ratney, and other staff have met at least twice in the Jordanian capital Amman in the past two weeks and will confer again.

The areas under consideration are parts of Quneitra Province and Daraa Province, along the borders with the Israeli-occupied Golan Heights and with Jordan. It is unclear if these include Daraa city, where pro-Assad forces have been carrying out an intense bombardment to hold back a rebel advance this spring.

A “Western intelligence source” claimed that the escalation of the pro-Assad bombing, shelling, and rocket attacks are trying to pre-empt any US-Russian agreement. 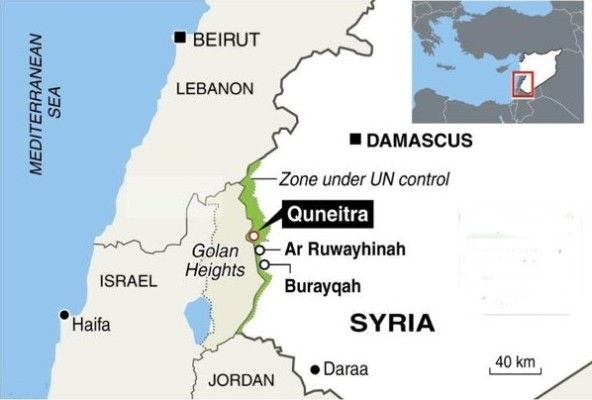 The talks are distinctive in their exclusion of Iran, who has joined Russia in propping up the Assad regime. The Islamic Republic reluctantly joined Russia and Turkey in early May in a plan for four de-escalation zones covering part of northwest Syria and suburbs of Damascus.

The US had no role in that plan, put forward at political talks in the Kazakh capital Astana.

However, the Americans are supporting Israel in its desire to keep Iran and its allies such as Hezbollah well away from the border with the Golan Heights. The Israelis have carried out airstrikes and missile attacks, in one case killing Iranian and Hezbollah officers, to deter the establishment of any position in southwest Syria.

“Iran and its proxies have to be out of this zone. This is key to the deal being proposed,” a Western official said.

However, “two senior diplomats” expressed doubt that Russia can hold Iran and Hezbollah.

Did US Use White Phosphorus Near Raqqa?

The US military may have admitted use of white phosphorus bombs, in support of the Kurds-led Syrian Democratic Forces’ offensive against the Islamic State-held city of Raqqa.

ISIS claimed on Thursday that white phosphorus was being dropped, and photographs indicated its use: 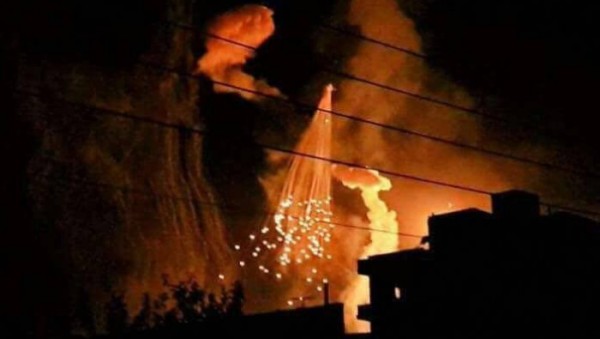 The Russian State outlet Sputnik declared on Friday that a US coalition spokesman responded to its inquiry:

As a matter of policy the Coalition does not discuss the employment of specific weapons and munition usage; however, in accordance with the law of armed conflict, white phosphorus rounds are used for screening, obscuring, and marking in a way that fully considers the possible incidental effects on civilians and civilian structures.

Under international law, white phosphorus cannot be used on areas populated by civilians.

The US-supported SDF finally entered the outskirts of Raqqa city this week, seven months after it launched its advance on ISIS’s central position in Syria.