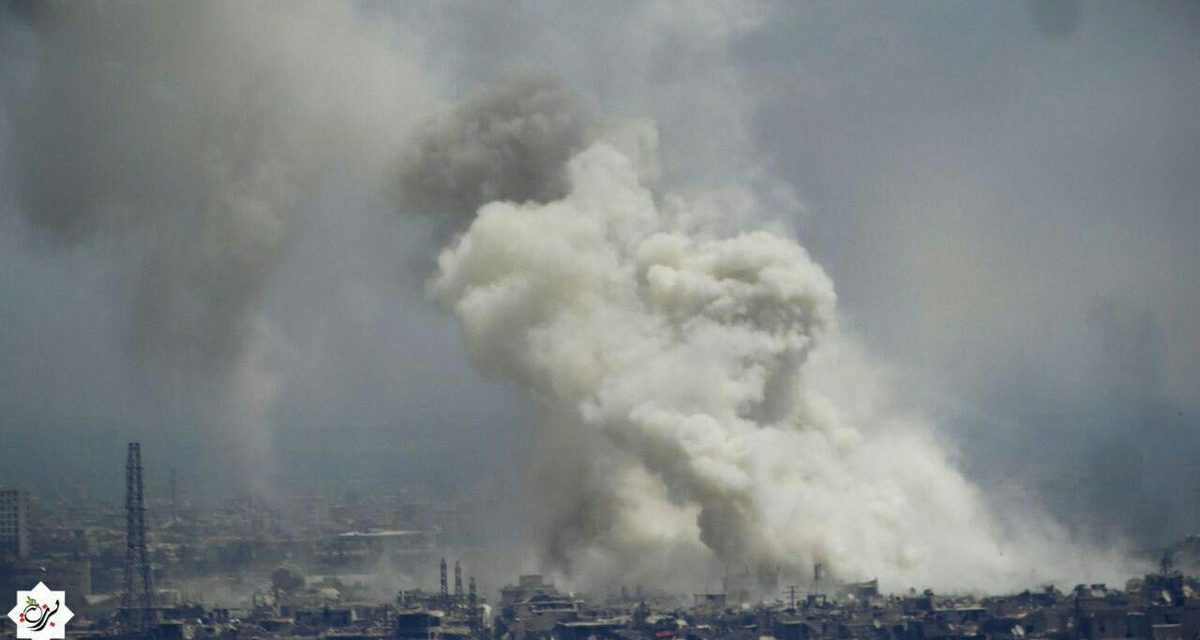 UPDATE 0930 GMT: The removal of civilians and rebels from the Damascus suburb of Qaboun has begun.

Buses began moving about 1,900 people — more than 750 of them fighters, according to the Assad regime — from the bombarded town on Sunday morning.

“The buses are being prepared, they are waiting in the areas controlled by the regime,” activist Odai Awdeh said. “The names of those who want to leave, whether civilians or fighters, are being registered.” 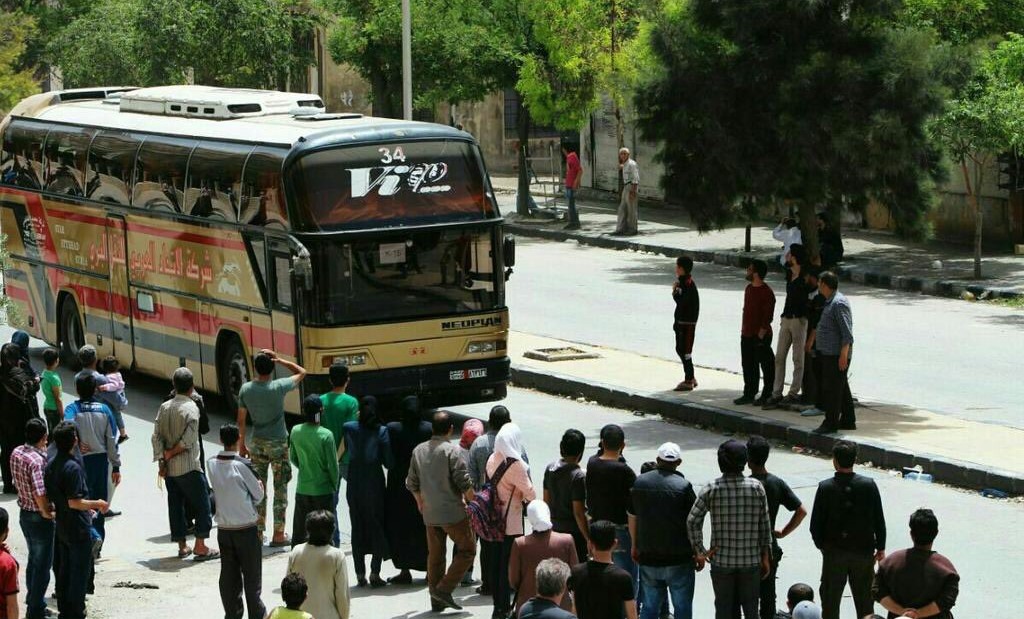 Pro-Assad forces are close to overrunning another suburb near Syria’s capital Damascus, attacking despite a Russian declaration of “de-escalation zones”.

Both State media and rebels said the attackers held most of Qaboun, northeast of the capital, after almost three months of airstrikes and strikes.

Most of the town has been reduced to rubble by the attacks, with about 1,500 rebels and residents in a 1 square-km area after a one-day ultimatum last week to surrender and evacuate. The leading faction Jaish al-Islam rejected the demand and said it would hold out against the bombardment.

“The regime has threatened to destroy what is left of Qaboun and will not accept anything but a military solution,” said Abdullah al-Qabouni, a member of the local council.

Footage of the pro-Assad forces’ use of industrial hose bombs:

The pro-Assad forces have excluded Qaboun from the de-escalation zone near Damascus, proclaimed by Russia and supported by Turkey and Iran 10 days ago. Last week they also completed the capitulation of Barzeh, after the months of attacks that broke a “reconciliation” agreement from early 2014.

“They besieged us and even medicines for children or any supplies were no longer left…and people died of hunger,” said Ahmad Khatib, among people who left Barzeh on Friday in the second set of forced removals.

The regime has almost cleared the Damascus suburbs, held by the opposition since 2012. It has been attacking Tishreen, and Jaish al-Islam still has its base of Douma despite intense aerial and artillery assaults.

A Beginner’s Guide put out by a pro-opposition outlet:

TOP PHOTO: Smoke rises from an assault on Damascus suburb of Qaboun, April 17, 2017