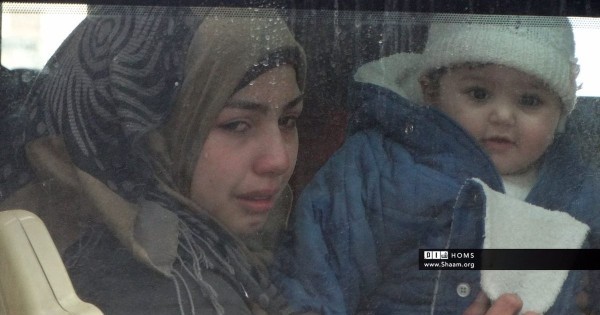 Total of about 6,000 people forcibly moved from last opposition district in Homs city to northern Syria

The third set of forced removals of thousands of rebels, their families, and other civilians was carried out on Saturday in al-Wa’er, the last opposition-held district of Homs city.

Up to 20,000 of the estimated 50,000 people in the area are being removed to northern Syria under a capitulation agreement reached earlier this month. About 4,000 people were transferred in the first two sets of removals to Jarablus on the Turkish-Syrian border, and others are being taken to opposition-held Idlib Province.

Al-Wa’er was besieged since 2013, after other opposition areas in Homs fell to the regime, and subjected to regular aerial and ground bombardment. The Assad regime has prevented any UN delivery of aid since September.

Negotiations from last autumn for a truce, brokered by Iranian officials, never reached the point of implementation; however, they were concluded when the Russian military stepped in early this year.

Syrian State news agency SANA said 936 people were removed on Saturday. It framed the transfer as part of a “reconciliation agreement” and, in an easing of rhetoric, referred to “gunmen and some of their families” rather than “terrorists”.

Homs Governor Talal al-Barazi called on residents, including rebels, to remain in al-Wa’er: “The governorate is ready to welcome all those who want to get back on the right track.”

Those who are leaving have said that, despite uncertain conditions in Jarablus and Idlib, they cannot stay because of the risk of arrest, forced conscription, and other abuses by regime authorities. 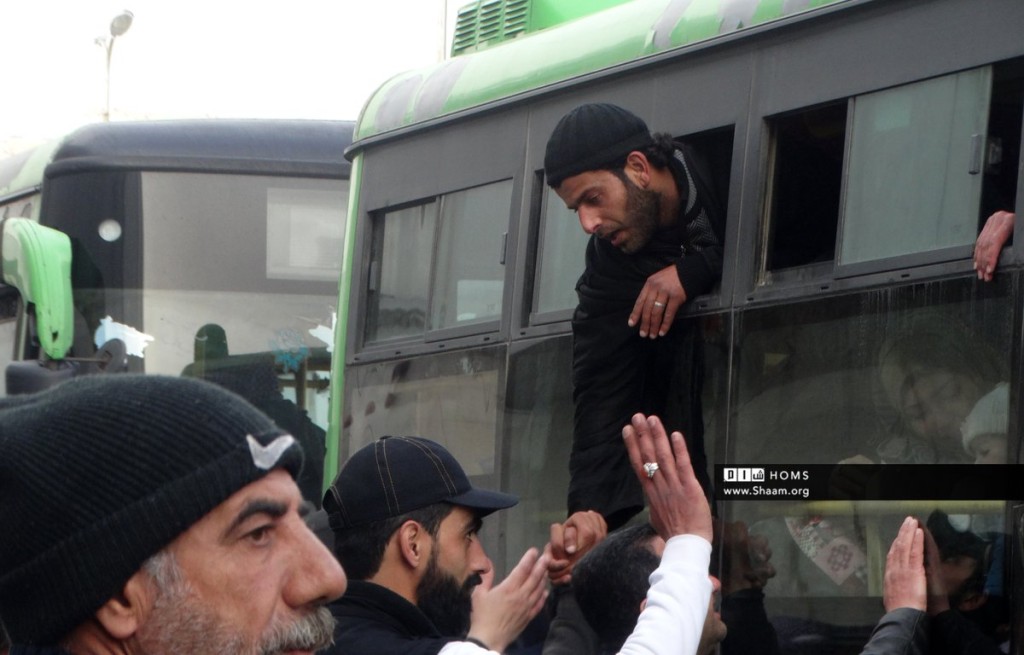 TOP PHOTO: Woman and baby aboard one of the buses leaving al-Wa’er on Saturday

The jets attacked near the village of Babeska in Idlib Province, killing one fighter and wounding seven.

Both Free Syrian Army factions and Jaish al-Islam are based in Babeska.

Turkey has not yet protested the crossing of its airspace.

In November 2015, after warnings to Moscow, Turkey shot down a Russian MiG-24 jet fighter near the Turkish-Syrian border. The incident led to several months of tension between Ankara and Moscow before a reconciliation in summer 2016. 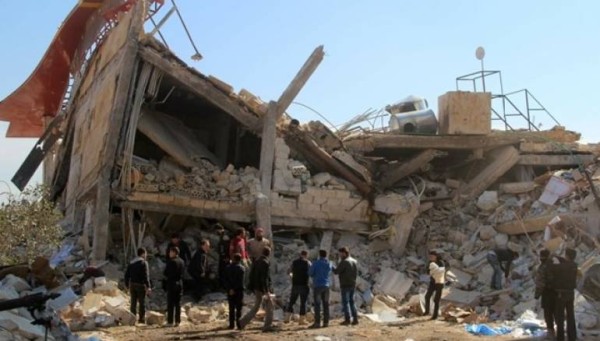 Hezbollah: We Are Collaborating with Kurdish Militia YPG

Two Hezbollah commanders have revealed collaboration with the Kurdish militia YPG over the past year.

The Assad regime has denied any arrangements for co-operation with the YPG, formally rejecting any autonomous Syrian Kurdistan.

However, the Hezbollah commanders said they directly coordinated with the US-backed Syrian Democratic Forces, led by YPG, as they advanced in northern Syria against the Islamic State and clashed with Syrian rebels.

“We share intel…everything,” one commander said. “These people [the YPG] will take from whoever will serve their interests.”

A lengthy article in The Nation on Hezbollah did not reveal where the coordination was occurring. However, in a sign of de facto cooperation earlier this month, the SDF handed over villages to the regime, west of the city of Manbij in eastern Aleppo Province. The transfer helped establish a buffer zone against any attack by rebels and Turkey, who consider the YPG part of the Turkish Kurdish insurgency PKK.

Rebels and pro-opposition activists have long claimed that the YPG, which has fought with rebels across northern Syria since early 2016, is tacitly cooperating with regime forces and their allies.