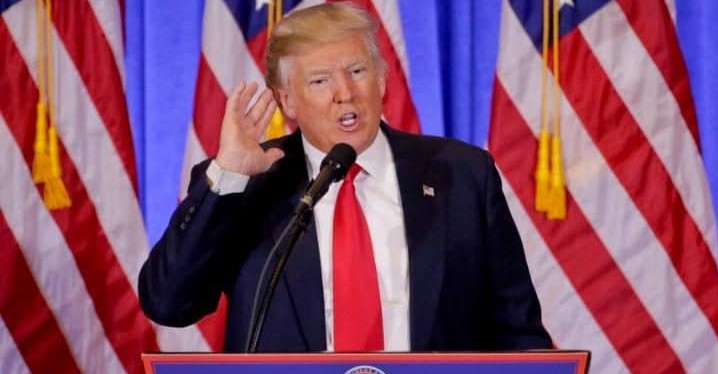 PHOTO: Donald Trump as his press conference on Wednesday in New York

On Wednesday, we published a Beginner’s Guide to the claimed evidence — from a private US intelligence firm, now being considered by US Government intelligence agencies, and summarized for President Obama, President-elect Donald Trump, and Congressional leaders — that Trump has been compromised by Russia because of his financial and sexual activities.

After Trump’s attempt on Wednesday afternoon to dismiss the 35 memoranda as “fake news”, accusing officials in US intelligence services of “acting like Nazis” over the report, there were three significant developments. All appear to bolster the decision to investigate the claims further.

The Compiler of the Intelligence

The “former British intelligence officer” who compiled the memoranda has been identified as Christopher Steele, a specialist within Britain’s MI6 for almost 20 years who co-founded a London-based intelligence firm, Orbis Business Intelligence.

Steele was posted to Moscow in 1990 as “Second Secretary (Chancery)” at the British Embassy. He subsequently worked in the Paris embassy as well as at MI6 headquarters in London. In 2009, he co-founded Orbis, which specializes in Russian and Asian cases, with a fellow former British intelligence officer.

In 2010, Steele was one of four former British intelligence officers who spoke at a black tie gala dinner in central London celebrating the 100th anniversary of MI6.

After assessing the seriousness of the claims from Russian and other sources against Trump, Steele also devised the plan to get the plan to law enforcement agencies in the US, including the FBI, and in Europe. Among those who passed the information to the FBI was Senator John McCain, following an introduction to Steele at a dinner.

Citing current intelligence officials, the BBC is reporting that Steele is regarded as “extremely highly competent”. John Sipher, who retired in 2014 after 28 years in the CIA specializing in Russia and counter-intelligence, echoed that Steele has a “good reputation”.

He reportedly left his home and went into hiding on Thursday. Neighbors said he was “in fear of his life” over possible retribution.

CIA officers told the BBC’s Paul Wood that multiple tapes of Trump, from more than one location inside Russia, are being investigated.

Headlines yesterday focused on an alleged sexual encounter between Trump and prostitutes in the Presidential Suite of the Ritz Carlton Hotel in Moscow. The suite was under surveillance by the Russian security service FSB.

The CIA officers said that Trump was also taped in St Petersburg. They said the material of a “sexual nature” was “credible”.

Wood also said that he was spoke with a retired British officer — independently of Christopher Steele — who said he was told by the head of an Eastern European intelligence agency of Russian possession of a Trump sex tape.

Investigation of Russian Banks and Trump

All three told the BBC that the allegations are “utter nonsense”, but the sources confirmed that Trump was the ultimate target of the enquiry.

It is not known if the investigation, including the FBI, is ongoing.