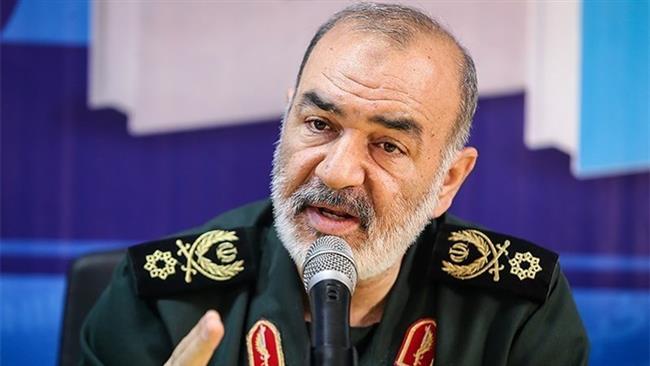 The deputy head of Iran’s Revolutionary Guards has declared the US “interfered” in Syria as its first step towards overthrow of the Iranian regime.

Brigadier General Hossein Salami said in a televised interview that Washington wanted to curb Iran’s regional influence by gradually approaching its borders and entangling the Islamic Republic in a crisis at home. He explained wanted to “undercut the Resistance drive, depose the Syrian administration, and partition the Arab country before heading to Lebanon and Iraq and eventually reaching Iran”.

Like other leading Iranian figures, Salami hailed the reoccupation of all of Syria’s largest city Aleppo by forces supporting the Assad regime — including Iranian troops, Hezbollah fighters, and Iranian-led Afghan and Iraqi militias:

Although, the victory in Aleppo is limited to the boundaries of a city when looked at in a physical and geographical light, it is absolutely a development of international repercussions given its political and strategic aspects, which considerably affect the sphere of the influence of great powers.