Britain Analysis: Should You Be Afraid of the Snooper’s Charter? (Yes.) 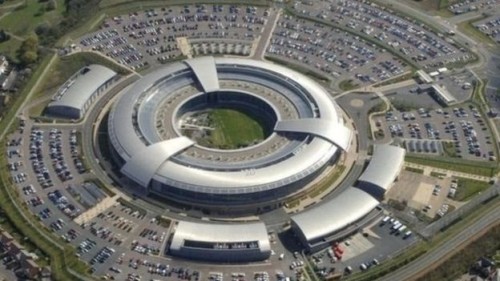 Paul Lashmar of the University of Sussex writes for The Conversation:

The “Snooper’s Charter mark two” – or Investigatory Powers Act – which has recently passed into law demonstrates again how successful Islamist terrorism has been in changing British society into a secret state.

With the passing of the Act we have taken a step into a new world of permanent surveillance that was not deemed necessary in 30 years of “The Troubles”, four decades of the Cold War, or during two world wars. Home Secretary Amber Rudd’s comment that it is “world-leading legislation” is worthy of Orwell’s doublethink. One might ask, what part of the world are we leading exactly: North Korea, Cuba, China, and Saudi Arabia?

It provides the intelligence agencies with massive new surveillance powers including rules that force internet providers to keep complete records of every website that all of their customers visit. That information will be available to a wide range of other agencies, including the Department for Work and Pensions as well as the Food Standards Agency.

The first impact of the Act is on the freedom of the press. The legislation has been described as “a death sentence for investigative journalism” as it provides no protection for journalists and their sources. And journalists and the confidential sources who tip them off have, it is worth noting, over history been the most effective oversight mechanism for the secret state.

The Act gives the intelligence agencies enormous freedom to monitor and counter journalism. It is an existential threat to journalists acquiring and protecting their sources. But it does not only apply to journalists, it applies to other professions that have confidentiality as an essential part of their relationship with their “clients” – from lawyers to priests.

The lurch in the direction of a panopticon state has been swift. In 2013, the Liberal Democrats saw off attempts to get Theresa May’s Snooper’s Charter Mark One into law and it was seen, at the time, as very un-British. But last week, the much-enhanced Snooper’s Charter was passed. As Ewen MacAskill of The Guardian put it, extreme surveillance “becomes UK law with barely a whimper”.

Months of attempts by a coalition of Lib-Dem and SNP peers, Liberty, Open Rights Group, and other civil liberties campaigners to get pro-journalism amendments through failed. The last weeks of the process descended into a farce as the Lords and Commons played what is known as “ping pong”, with amendments bouncing back and forth to no great effect. Bella Sankey of Liberty said: “This new law is world-leading – but only as a beacon for despots everywhere.”

There was little doubt that the Snooper’s Charter would pass into law as it was the prime minister’s pet project. I have it on good authority that even intelligence chiefs were surprised by how little concern Theresa May as home secretary had for the civil liberty implications of the Snooper’s Charter, which Amber Rudd will have been tasked to deliver.

But there is something even more astonishing. I would like you to stop and think for a moment of the famous photograph of Boris Johnson ludicrously hitched to a zip wire in mid-air, festooned with Union Jacks. I would then like you to turn your mind back to the referendum campaign with Johnson standing in front of a red coach marked: “We send the EU £350m a week. Let’s fund the NHS instead.”

Now, as Foreign Secretary, Boris Johnson is the person who is directly responsible for the government’s eavesdropping agency GCHQ, as well as MI6. If putting a man with an erratic moral compass and a reputation as a buffoon in charge of what is part of the world’s most effective surveillance operation isn’t chilling, then I do not know what is.

Proponents of the Act argue that the official accountability of intelligence has been ramped up. Use of the IPA will be monitored via the new Investigatory Powers Commission (IPC) which includes a bench of judges. But official accountability has had a poor record since it started in 1996 and while it has improved recently, it remains very patchy. The Parliamentary Intelligence and Security Committee (ISC) was discredited by the release of the Snowden documents from June 2013 that showed it either did not know or wilfully colluded in hiding the exponential growth in surveillance operations.

At the time, those of us who were critical made the point that the surveillance and bulk collection was not supported in law and therefore illegal. This was denied by intelligence chiefs at the time. But in October, in rare case of effective oversight, the Investigatory Powers Tribunal (IPT), the court that hears complaints against MI6, MI5 and GCHQ, ruled that these agencies had been unlawfully collecting massive volumes of confidential personal data without proper oversight for 17 years.

In the past, somebody would have been held to account for this massive circumnavigation of the law. But the world has changed greatly. When the likes of Donald Trump and Boris Johnson control the most powerful surveillance operation the world has seen, in a climate of growing intolerance, we must worry.