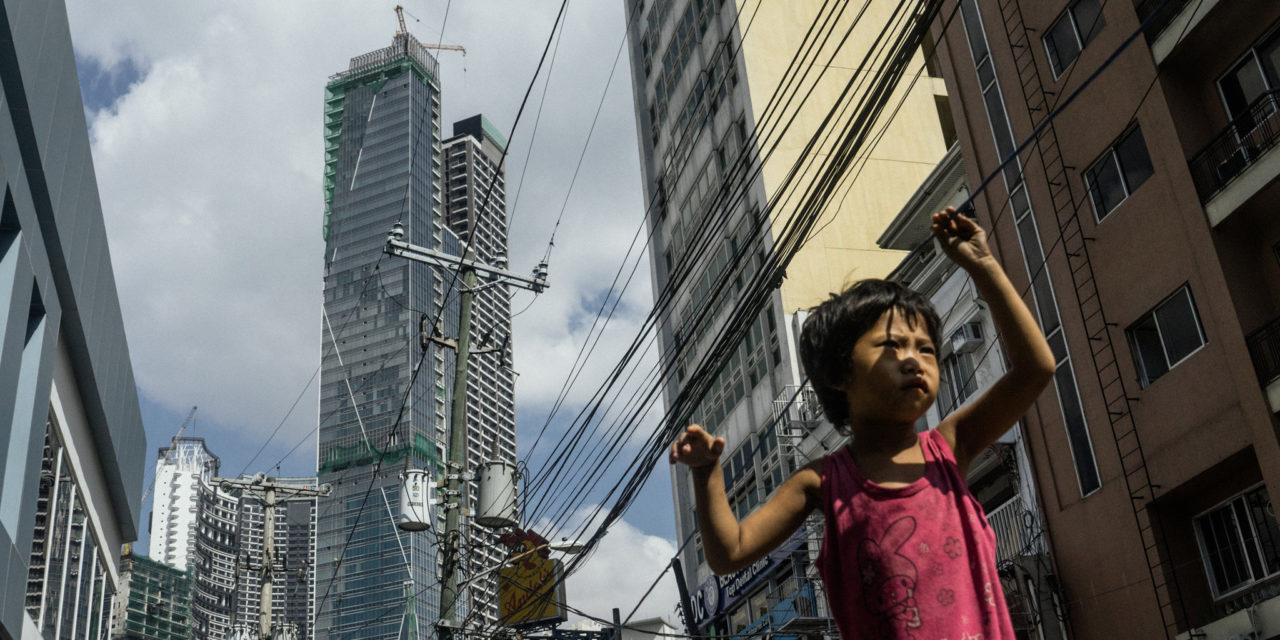 On Thanksgiving Day, a Philippine developer named Jose E. B. Antonio hosted a company anniversary bash at one of Manila’s poshest hotels. He had much to be thankful for.

In October, he had quietly been named a special envoy to the United States by the Philippine president, Rodrigo Duterte. Mr. Antonio was nearly finished building a $150 million tower in Manila’s financial district — a 57-story symbol of affluence and capitalism, which bluntly promotes itself with the slogan “Live Above the Rest.” And now his partner on the project, Donald J. Trump, had just been elected president of the United States.

After the election, Mr. Antonio flew to New York for a private meeting at Trump Tower with the president-elect’s children, who have been involved in the Manila project from the beginning, as have Mr. Antonio’s children. The Trumps and Antonios have other ventures in the works, including Trump-branded resorts in the Philippines, Mr. Antonio’s son Robbie Antonio said.

“We will continue to give you products that you can enjoy and be proud of,” the elder Mr. Antonio, one of the richest men in the Philippines, told the 500 friends, employees and customers gathered for his star-studded celebration in Manila.

Mr. Antonio’s combination of jobs — he is a business partner with Mr. Trump, while also representing the Philippines in its relationship with the United States and the president-elect — is hardly inconsequential, given some of the weighty issues on the diplomatic table.

Among them, Mr. Duterte has urged “a separation” from the United States and has called for American troops to exit the country in two years’ time. His antidrug crusade has resulted in the summary killings of thousands of suspected criminals without trial, prompting criticism from the Obama administration. 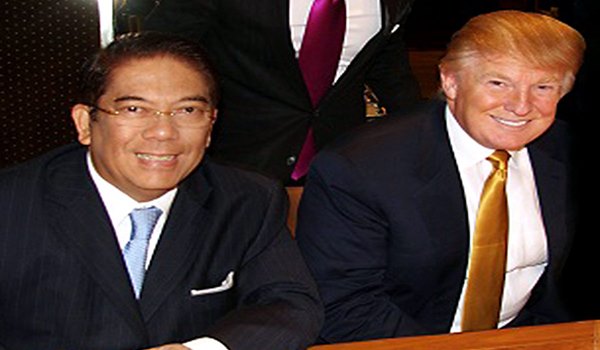 Mixing the Presidency with Financial Ties

Situations like these are already leading some former government officials from both parties to ask if America’s reaction to events around the world could potentially be shaded, if only slightly, by the Trump family’s financial ties with foreign players. They worry, too, that in some countries those connections could compromise American efforts to criticize the corrupt intermingling of state power with vast business enterprises controlled by the political elite.

“It is uncharted territory, really in the history of the republic, as we have never had a president with such an empire both in the United States and overseas,” said Michael J. Green, who served on the National Security Council in the administration of George W. Bush, and before that at the Defense Department.

The globe is dotted with such potential conflicts. Mr. Trump’s companies have business operations in at least 20 countries, with a particular focus on the developing world, including outposts in nations like India, Indonesia and Uruguay, according to a New York Times analysis of his presidential campaign financial disclosures. What’s more, the true extent of Mr. Trump’s global financial entanglements is unclear, since he has refused to release his tax returns and has not made public a list of his lenders.

In an interview with The Times on Tuesday, Mr. Trump boasted again about the global reach of his business — and his family’s ability to keep it running after he takes office.

In a written statement, his spokeswoman, Hope Hicks, said Mr. Trump and his family were committed to addressing any issues related to his financial holdings.

“Vetting of various structures and immediate transfer of the business remains a top priority for both President-elect Trump, his adult children and his executives,” she said. 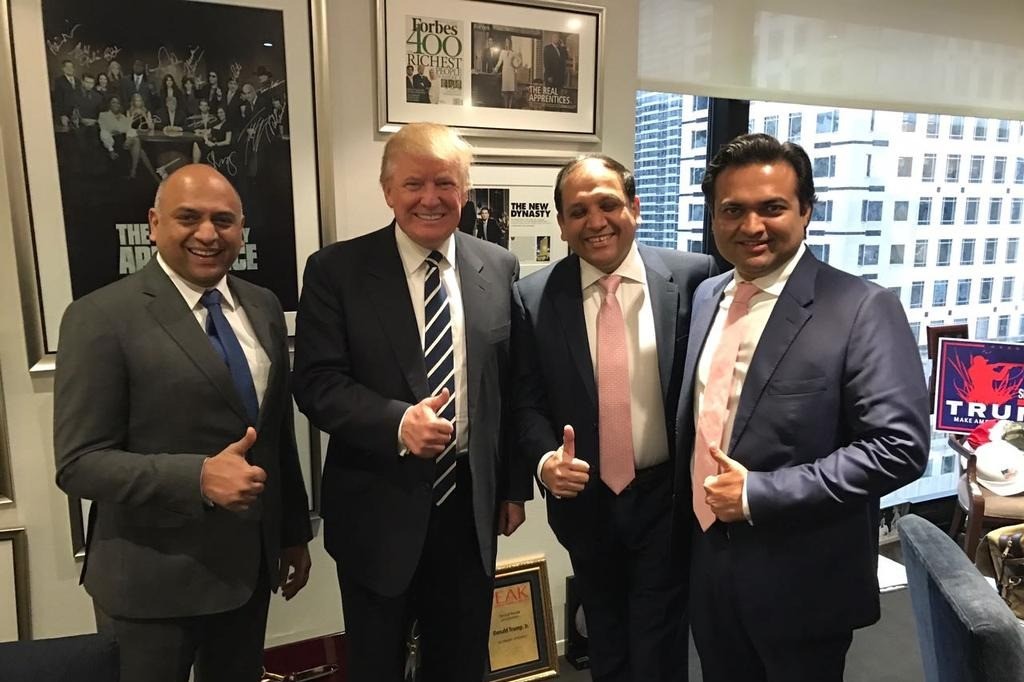 Complications from Brazil to India to Turkey

But a review by The Times of these business dealings identified a menu of the kinds of complications that could create a running source of controversy for Mr. Trump, as well as tensions between his priorities as president and the needs and objectives of his companies.

In Brazil, for example, the beachfront Trump Hotel Rio de Janeiro — one of Mr. Trump’s many branding deals, in which he does not have an equity stake — is part of a broad investigation by a federal prosecutor who is examining whether illicit commissions and bribes resulted in apparent favoritism by two pension funds that invested in the project.

Several of Mr. Trump’s real estate ventures in India — where he has more projects underway than in any location outside North America — are being built through companies with family ties to India’s most important political party. This makes it more likely that Indian government officials will do special favors benefiting Mr. Trump’s projects, including pressuring state-owned banks to extend favorable loans.

In Ireland and Scotland, executives from Mr. Trump’s golf courses have been waging two separate battles with local officials. The most recent centers on the Trump Organization’s plans to build a flood-prevention sea wall at the course on the Irish coast. Some environmentalists say the wall could destroy an endangered snail’s habitat — a dispute that will soon involve the president of the United States.

And in Turkey, officials including President Recep Tayyip Erdogan, a religiously conservative Muslim, demanded that Mr. Trump’s name be removed from Trump Towers in Istanbul after he called for a ban on Muslims entering the United States. More recently, after Mr. Trump came to the defense of Mr. Erdogan — suggesting that he had the right to crack down harshly on dissidents after a failed coup — the calls for action against Trump Towers have stopped, fueling worries that Mr. Trump’s policies toward Turkey might be shaped by his commercial interests.

Mr. Trump has acknowledged a conflict of interest in Turkey. “I have a little conflict of interest because I have a major, major building in Istanbul,” he said during a radio interview last year with Stephen K. Bannon, the Breitbart News executive who has since been designated his chief White House strategist. “It’s a tremendously successful job. It’s called Trump Towers — two towers, instead of one. Not the usual one. It’s two.”

These tangled ties already have some members of Congress — including at least one Republican representative — calling on Mr. Trump to provide more information on his international operations, or perhaps for a congressional inquiry into them.

“You rightly criticized Hillary for Clinton Foundation,” Representative Justin Amash, Republican of Michigan, said in a Twitter message on Monday. “If you have contracts w/foreign govts, it’s certainly a big deal, too. #DrainTheSwamp”

David J. Kramer, who served as assistant secretary of state for democracy, human rights and labor during the Bush administration, said Mr. Trump’s financial entanglements could undermine decades of efforts by Democratic and Republican presidents to promote government transparency — and to use the Foreign Corrupt Practices Act to stop contractors from paying bribes to secure government work abroad.

“This will make it a little harder to be able to go out and proselytize around these things,” Mr. Kramer said.

Even if Mr. Trump and his family seek no special advantages from foreign governments, officials overseas may feel compelled to help the Trump family by, say, accelerating building permits or pushing more business to one of the new president’s hotels or golf courses, according to several former State Department officials.

“The working assumption on behalf of all these foreign government officials will be that there is an advantage to doing business with the Trump organization,” said Michael H. Fuchs, who was until recently deputy assistant secretary at the bureau of East Asian and Pacific affairs. “They will think it will ingratiate themselves with the Trump administration. And this will significantly complicate United States foreign policy and our relationships around the world.”

At the same time, Mr. Fuchs said, American diplomats in countries where Mr. Trump’s companies operate, fearful of a rebuke from Washington, may be reluctant to take steps that could frustrate business partners or political allies.