US and Europe Audio Analysis: A Populist Leader? From Trump to Italy’s Silvio Berlusconi 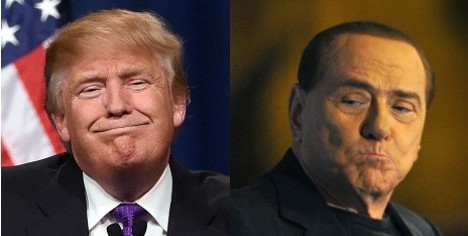 Daniele Albertazzi of the University of Birmingham, Amanda Taub of The New York Times, and author Don Gilmoor talk to the Canadian Broadcasting Corporation about the phenomenon of “populism” in 21st-century politics.

Is Donald Trump an American version of Italy’s Silvio Berlusconi, the flamboyant businessman who — before he was convicted of tax fraud in 2013 — was Italian Prime Minister for nine years between 1994 and 2011?

When Berlusconi created his party out of nothing in 1994, his selling point was precisely I have no experience of politics: “I’m a businessman, I built an empire so I can bring this experience to politics and I will do for the country what I did for myself.”

And this is obviously one of the key messages that resonate now in America with Donald Trump. So the inexperience becomes an advantage….

The fact that they talk about these issues by using a language that a lot of people would find objectionable and propose solutions that are never going to work, does not take away from the fact that nobody else talks about globalization, nobody talks about international trade, nobody else talks about how the identity of people is changing very rapidly, including people who may not understand why is it that their community needs to go through such a process of rapid change….

A lot of people who vote for them do know about the scandals, they are not unaware of them. But, you know, they are using these politicians as kind of nuclear bombs against the political establishment.