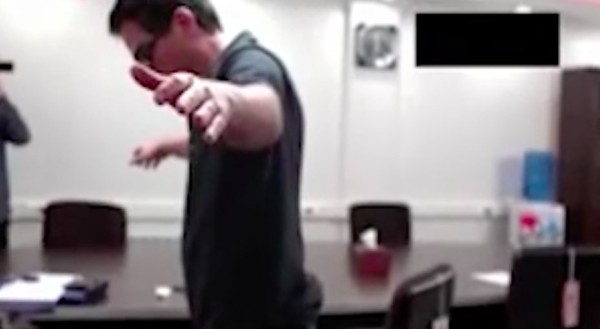 Iran’s regime has sent a tough message to the West with long prison sentences for dual nationals, including Iranian-American Siamak Namazi and his 80-year-old father Baqer.

Iranian officials, increasingly critical of continued US financial restrictions despite a July 2015 nuclear agreement, announced on Tuesday that the Namazis had been condemned to 10 years behind bars for spying for the US.

The judiciary also formally revealed a 10-year punishment for the US-based Lebanese-American businessman Nazar Zaka, whose sentence was confirmed by his lawyer last month.

Another dual national, Austrian-Iranian businessman Kamran Ghaderi, and two Iranians were given the same lengthy terms.

The Foreign Ministry dismissed the US Government’s expression of concern over the sentences, “Efforts towards causing a rift among the Iranian nation’s closely-united ranks against American statesmen’s intrusive policies have never led and will never lead to any result.”

Namazi, who worked for Crescent Oil, was arrested last October as he visited family in Tehran. In February, he was joined in detention by his father Baqer, a former UNICEF official who has Canadian and Iranian citizenship. Fars News, the outlet of the Revolutionary Guards, said the arrests were “to uncover the complex layers of vast financial and intelligence corruption by a network that is associated to the UK and to America”.

Siamak’s brother and Baquer’s son, Babak Namazi, said each man received a single court session lasting a few hours before the sentences were handed down.

Iranian authorities have regularly seized dual nationals, but the Revolutionary Guards stepped up the detentions from last autumn. In addition to the Namazis and Zaka, Iranian-American Robin Shahini, Anglo-Iranian charity worker Nazanin Zaghari-Ratcliffe, and Canadian-Iranian academic Homa Hoodfar were seized.

Hoodfar was recently allowed to go back to Canada, but Zaghari-Ratcliffe was given a five-year sentence in September.

The judiciary prepared for the latest announcements on Sunday with a video of Namazi’s arrest and the implied message that the imprisonments would continue while the US maintained financial restrictions.

The video featured photographs of Jason Rezaian, the Washington Post correspondent who was released in January 2016 after 18 months in prison.

Rezaian and three other Iranian-Americans were freed at the time of the announcement of the implementation of the July 2015 nuclear deal.

Last weekend, Iran lashed out at US Secretary of State John Kerry over the continuing difficulties in renewing banking and business links, notably with European firms.

Deputy Foreign Minister Abbas Araqchi, who heads the Iranian committee on implementation, criticized “hindrances” , and said the reluctance on the part of “certain countries” to fulfil implementation is being investigated.

He said that Kerry’s remarks — asserting that restrictions are being maintained because of Iran’s activities in the Middle East and its testing of ballistic missiles — “are nothing but an excuse for the US to avoid carrying its JCPOA [Joint Comprehensive Plan of Action] commitments”.