BBC Radio: “My Head Says Clinton Won, But My Heart is Not So Sure” 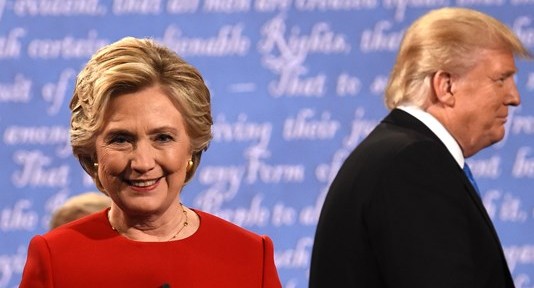 In a series of interviews with BBC outlets on Tuesday I have worked through last night’s first US Presidential debate between Hillary Clinton and Donald Trump — but I still find myself caught in uncertainty.

Listen to BBC Newcastle: “If I was going to bet, I would say Clinton. But right now, I’m going to keep my money in my pocket.”

Listen to BBC Three Counties: “That question of Trump’s composure came to the fore” — Plus a conversation with a Trump supporter named Mary

Listen to BBC Radio Leeds: “Even though he sails very close to the wind over the truth, will people say, ‘I don’t care, this is the guy’.”

By every logical standard on the issues, reliability, and character, this was a big victory for Hillary Clinton. Under pressure in the polls, she was steady, competent, knowledgeable. She was the only candidate on stage to address issues, let alone put out possible approaches to them.

See also US Analysis: Trump Has a Debate Meltdown — But Will It Cost Him?
US Video: 1st Clinton-Trump Presidential Debate

In contrast, after a relatively sedate first 20 minutes in which he had his best moments — notably by effectively if superficially pressing Clinton over trade and put out the “You had 30 years to deal with this” line — Trump reverted to being Trump. The bad Trump: rambling, confrontational, even abusive. He lied, notably over his position on the Iraq War. He evaded or stumbled over challenges over his financial integrity, including his failure to produce tax returns. He argued with the moderator. He tried to belittle Clinton with his repeated implication that women are too weak to take on the Chief Executive’s job.

This was the first debate where I have heard a candidate called “racist”, and Clinton made the label stick by referring to Trump’s suspect housing policies and support of the rumor that Barack Obama is not an “American”. She called out Trump over his insulting attitude to women, with a damaging story about his denigration of a beauty pageant contestant’s looks…and her Latino heritage.

But, if this is what my head says, my heart is not so sure. What if Trump can get away with any statement or pose — lying, abusing, dividing, evading — because enough voters are angry or frustrated to applaud him anyway? What if people enjoy the show so much they will even cast a ballot for it? And what if Clinton — no matter how reliable in contrast to her far-from-stable challenger — cannot engage people enough for them to turn out on the first Tuesday in November?