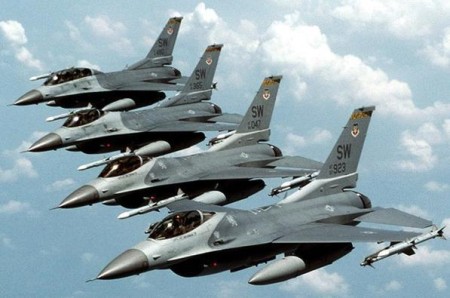 Will the Ceasefire Hold?
How Assad Regime’s Agricultural Failure Led to An Uprising

Photographs and videos of casualties, some of them children, have been posted. 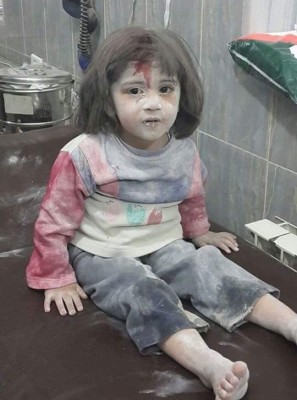 Claimed photographs of aftermath of attack on Kamal al-Jabal district: 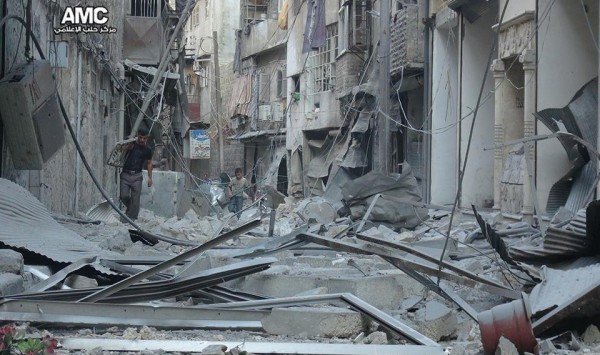 A video of treatment of the wounded, with graphic images, has been posted.

And footage has been posted from a school damaged by strikes on Ghanto in Homs Province:

Activists also report ground attacks by pro-Assad forces on the front southwest of Aleppo, trying to move farther into the 1070 housing complex, and the Jobar district in Damascus. They said rebels repelled both assaults.

UPDATE 0900 GMT: Australia’s Defense Department has confirmed that its aircraft were involved in the US-led airstrike that killed the Assad regime’s troops:

Australian aircraft were among a number of international aircraft taking part in this Coalition operation.

Australia would never intentionally target a known Syrian military unit or actively support Daesh [Islamic State]. Defence offers its condolences to the families of any Syrian personnel killed or wounded in this incident.

The statement did not indicate if the aircraft were in a strike or support role.

Russia said that the attack was carried out by F-16 jet fighters, assisted by A-10 aircraft. Australia has neither F-16s or A-10s.

ORIGINAL ENTRY: For the first time in Syria’s 5 1/2-year conflict, the US has attacked President Assad’s forces, accidentally killing 62 troops in airstrikes in the east of the country.

Two F-16 jet fighters, accompanied by A-10 support aircraft, carried out four attacks on the al-Tharda mountain near Deir ez-Zor airport. The area is on the frontline of fighting between the Syrian military and the Islamic State, who have battled for control of Deir ez-Zor city and the province since 2014.

US Central Command said the attack lasted about 20 minutes as the F-16s destroyed vehicles and gunned down troops. It was aborted when Russia, in an urgent call to the US command center in Qatar that oversees operations in Syria and Iraq, said the targets might be regime forces and equipment rather than ISIS.

The call was from a Russian official who said that the American planes were bombing Syrian troops and that the strike should immediately be called off. The Centcom official said the attack was halted within minutes, but not until dozens had been killed.

The command claimed that US aircraft have operated in the area before, and that they had informed Russian personnel of the planned attack.

Washington immediately tried to limit the political damage of the first — unintended — military confrontation with the Assad regime. A “senior administration official” said the US had relayed its regrets to the Assad regime, through the Russians, for the “unintentional loss of life of Syrian forces” fighting the Islamic State.

Another official said “condolence payments” will be made to families of regime troops killed by the airstrikes.

The American story pointed to consultation over the operation, two days before a joint US-Russian intelligence-sharing center is to begin. However, the Russian military gave a far different version, claiming that they were given no information by the Americans.

Foreign Ministry spokeswoman Maria Zakharova went as far as to accuse the US of supporting the Islamic State, despite last week’s US-Russian agreement for a Syrian ceasefire and military cooperation:

We are reaching a really terrifying conclusion for the whole world: That the White House is defending Islamic State. Now there can be no doubts about that.

Citing its Syrian counterpart, The Russian Defense Ministry said 62 regime troops were killed and more than 100 wounded. Defense Ministry spokesman Igor Konashenkov challenged, “If the airstrike was caused by the wrong coordinates of targets, then it’s a direct consequence of the stubborn unwillingness of the American side to coordinate with Russia in its actions against terrorist groups in Syria.”

The Syrian General Command said the bombing was a “serious and blatant aggression” and “conclusive evidence” that the US and its allies back ISIS. It claimed the airstrikes briefly allowed “a wide terrorist offensive” by the Islamic State to seize a regime position on the mountain.

But Russia pressed ahead with its criticism, calling an emergency session of the UN Security Council to discuss the incident.

In the face of none of these [Assad regime] atrocities has Russia expressed outrage, nor has it demanded investigations, nor has it ever called for…an emergency meeting of the Security Council” on a Saturday night or any other night….

Russia really needs to stop the cheap point scoring and the grandstanding and the stunts and focus on what matters, which is implementation of something we negotiated in good faith with them.

But Russian Ambassador Vitaly Churkin, who left the room as Power entered, indicated that the US-Russian agreement — with the shaky ceasefires that began last Monday — could be affected:

It is quite significant, and frankly suspicious, that the United States chose to conduct this particular airstrike at this time. I would suggest it is not accidental that it happened just two days before the Russia-American arrangement [for intelligence-sharing] was supposed to come into force.

This is a very big question mark.

I would be very interested to see how Washington is going to react. If what Ambassador Power has done today is any indication of their possible reaction then we are in serious trouble.

The head of the jihadists of Jabhat Fatah al-Sham, formerly Jabhat al-Nusra, has given his first televised interview since the group reshaped itself in late July. 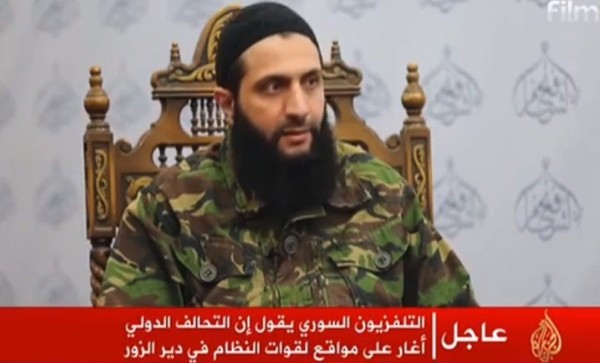 Amid talk of a merger between JFS and rebel factions, Joulani said that there were “advanced” unity negotiations but that differences remain between some groups.

At the same time, Joulani emphasized JFS — which formally renounced allegiance to Al Qa’eda when it renamed itself — as a “Syrian” group pursuing legitimacy, emphasizing institutions for governance which are separate from military operations.

Speaking about the US-Russian deal for ceasefires and military cooperation, Joulani said the two powers were aiming for the Syrian opposition’s surrender. He accused the UN of pursuing a methodical policy for the defeat of Aleppo, Syria’s largest city, by the Assad regime.