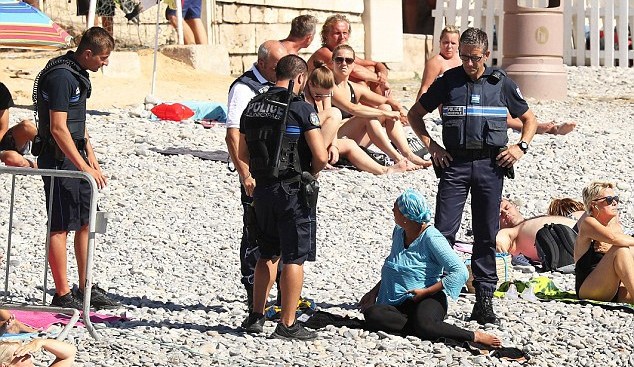 PHOTO: Police surround a woman wearing a burkini on a beach in southern France

EA’s Political WorldView panel — Adam Quinn, Christalla Yakinthou, and Scott Lucas of the University of Birmingham — take a look at reconciliation and division from Latin America to Europe this week.

First, we ask if the historic deal in Colombia between the Government and the FARC insurgency, trying to end a 52-year conflict, can hold and win acceptance in an October 2 plebiscite.

Later we are in France, where politicians and police have decided to crack down on the wearing of burkas on the beach — each of the panelists has a sharp response from the targeting of Muslims to men playing politics with women’s bodies.

In between, our Numbers of the Week move from problems for British “soft power” to the killing of a 14-year-old Aboriginal boy in Australia to Donald Trump’s sudden visit to Mexico.