Britain Analysis: The Problems for Jeremy Corbyn and the Opposition Labor Party 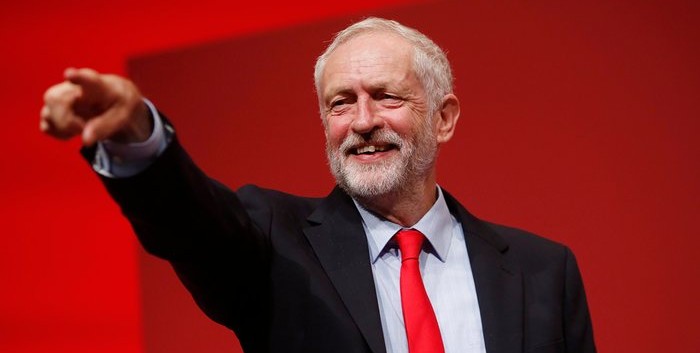 On Saturday, Jeremy Corbyn retained the leadership of Britain’s opposition Labour Party despite a sustained, often bitter challenge by winning 62% of the vote in an election challenge.

But, as David Dunn of the University of Birmingham writes, the issues for the future of Corbyn and Labour are far from resolved.

The hostile response that J.K Rowling, the author of the Harry Potter series, engendered for tweeting that “Corbyn. Is. Not. Dumbledore” — chiding the supporters of Jeremy Corbyn, the leader of the opposition Labour Party, for comparing him to her beloved wizard headmaster — is symbolic of the rancorous state of British politics, and indeed the magical unreality that affects most current UK political debate.

Like the Brexit vote to leave the European Union, the initial election of Jeremy Corbyn was not meant to happen. Both votes were exercises in party unity, democratic exercises to give fringe supporters their voice. Their accidental results however have left British politics in turmoil with no clear path back to the old order.

Corbyn was elected following changes to the rules for choosing the Labour leader, which resulted in a transformational shift of power to the party membership. That membership swelled to more than 6000, pulling in new converts and old radicals from other left-wing parties and organizations.

The consequence was to split the party in several ways. It separated the leadership and the Parliamentary party, with 60 MPs resigning from Corbyn’s front bench team as they refused to serve under his leadership. It divided the Parliamentary party from the grassroots membership, and it brought a rift between the ideologically more left-wing membership and a large section of Labour voters. Corbyn’s recent plans to give the party membership a direct say in policymaking through “digital consultation” will pull the party further to the left, alienating the majority of Labour’s MPs still further.

Having allowed a cuckoo into the leadership nest, the Parliamentary party has proved powerless in its attempts to oust him or his new agenda. Corbyn survived a vote of no confidence by ignoring it, in the knowledge that as leader, he controls the levers of power. The leadership challenge failed to muster a heavy weight candidate, relying instead on the unknown Owen Smith: due to the understanding that much of the membership is supportive of Corbyn, no serious contender wanted to fight and lose.

That neither the mainstream party in Parliament nor an active membership has a sufficiently articulated or attractive counter-narrative to the Corbynites is telling about the current state of the Labour Party. The Brexit vote has poisoned the well of contemporary British political life, greatly complicating the task of the traditional political center. For Labour MPs to opposite Brexit and Corbyn risks being seen as anti-democratic, while arguing against the substance of both risks further division in the party.

For Labour, the Brexit vote has clearly exposed the fractured nature of its previous support base. Having already lost Scotland and Wales to the Nationalists and the UK Independence Party, the party is aware that opposing Brexit risks losing working class support nationally and in the East and North in particular. But not opposing Brexit runs the risk of alienating the majority of Labour voters who voted “Remain”. The result has been to surrender the political agenda to Corbyn and the left.

For his supporters Corbyn offers an alternative vision to the austerity of the Conservative and Coalition governments. For his Parliamentary colleagues and many previous Labour voters, however, two considerations dominate. Is Corbyn a credible leader to secure electoral victory against the Conservatives? If he is, will his vision for the country be one that you would support? For many the answer to both questions is no.

What this means for the Labour Party from this point onwards is unclear. There are suggestions that those MPs who refuse to serve under Corbyn risk de-selection in their constituencies. There is also speculation of a split in the Parliamentary party. Part of the calculation will be based on whether a General Election will be triggered in the Spring, or whether Corbyn’s leadership in opposition will last the full Parliament until 2020: if an election is imminent, then MPs are likely to allow the voters to remove Corbyn through defeat.

But the split itself is evident. Labour’s business backers and financial supporters have abandoned it; most of its MPs and the majority of the members are at odds ideologically; and the party has no clear unified position on how to respond to Brexit.

While some of his supporters may feel that the elderly, white-bearded Corbyn is indeed Dumbledore ready to defeat the forces of darkness, for others the spell of tribal, automatic support for Labour has been lifted as its divisions and divisiveness become more apparent.