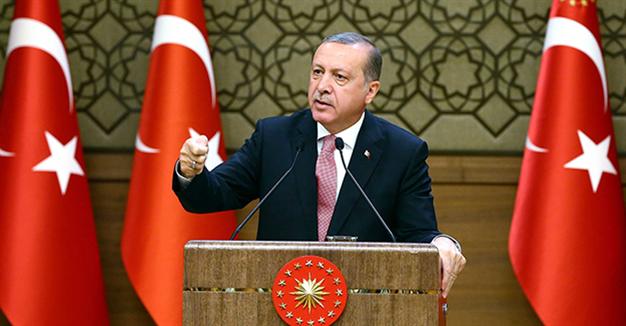 Turkey’s President Recep Tayyip Erdoğan has continued to press the US and Europe over the July 15 coup attempt that failed to overthrow him, accusing the West of supporting terrorism:

The President’s remarks were an implicit response to Monday’s visit by General Joseph Dunford, the head of the US Joint Chiefs of Staff.

Dunford said that his trip was to show solidarity and that the US supports Turkish democracy, according to a statement from Prime Minister Binali Yildirim’s office.

However, the general was met by about 150 protesters at the US Embassy with chants such as “Coup plotter Dunford get out of Turkey”. A banner read, “”Dunford go home. Send us Fethullah,” referring to US-based cleric Fethullah Gülen, accused by Erdoğan of organizing the coup attempt.

The Turkish President has demanded, in a phone call to US counterpart Barack Obama, that Washington extradite Gülen. Obama responded that Ankara must provide evidence before the extradition can be considered.

Yildirim told Dunford, “It is important that the United States, our friend and ally, display a clear and decisive stance against this terrorist coup attempt against our nation and democracy.”

Erdoğan: “We Have Not Received Support We Were Expecting”

Erdoğan maintained the pressure in his Tuesday speech, “We have not received the support we were expecting from our friends, neither during nor after the coup attempt.”

The President complained that no Western leader had come to Turkey to express condolences over the 238 deaths in the failed coup, and to show solidarity with the Turkish people. He criticized expressions of concern over his post-coup crackdown — including more than 60,000 detentions and suspensions, the shutdown of dozens of media outlets, and a three-month state of emergency:

A coup was staged in a country ruled by democracy and there are 238 martyrs and 2,200 wounded so far. You still say, ‘We are concerned.’ How can you show affection to the perpetrators of such a thing?

He said of Germany’s officials, who banned him from a virtual address to a demonstration in Cologne over the weekend:

France and Belgium had shown the same lack of will in the fight as well, Erdoğan said. He then lamented:

It was us who protected Europe from the flow of 3 million Syrians. We protected Europe, but they have not kept their word. They had to transfer 3 billion euros for refugees and provide visa liberalization to Turkish nationals by June.

As for the US refusal to hand over Gülen — Erdoğan’s former ally who broke with the Government in 2013 — the President said, “When you demanded the handover of a terrorist we have not asked for documents from you.”