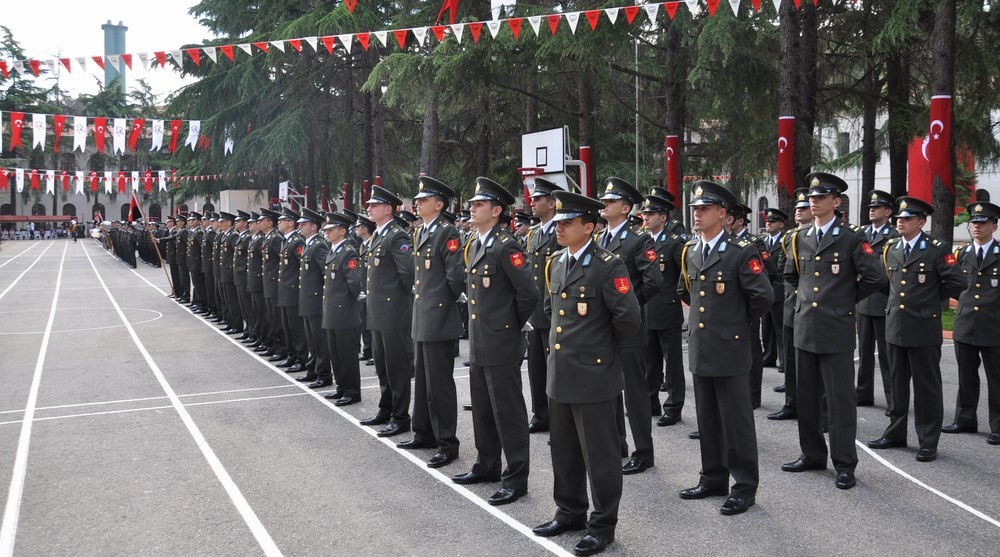 Invoking the three-month state of emergency declared on July 31, a Government decree shut war academies, military high schools, and high schools for non-commissioned officers. The Gülhane Military Medical Academy and military hospitals have been placed under the Health Ministry.

The decree also formally brings the army, navy, and air forces under the Defense Ministry.

The Government dismissed another 1,389 soldiers on Saturday, bringing the total since July 15 to more than 3,000.

President Recep Tayyip Erdoğan has already removed 149 generals and admirals — 42% of the total of 358 in Turkey’s armed forces — and promoted 99 colonels to fill the gap.

About 30 generals and admirals are detained, accused of complicity in the coup attempt.

The Government claims that parts of the military — as well as other public and private sectors — were infiltrated by the movement of US-based cleric Fethullah Gülen, leading to the uprising.

among another 33 people detained on Sunday.

Six former employees of the Turkish daily Zaman were also arrested on Sunday.

The suspects are among 47 people issued with detention warrants. They are accused of conspiring to overthrow the Government and illegally claiming support money from the State.