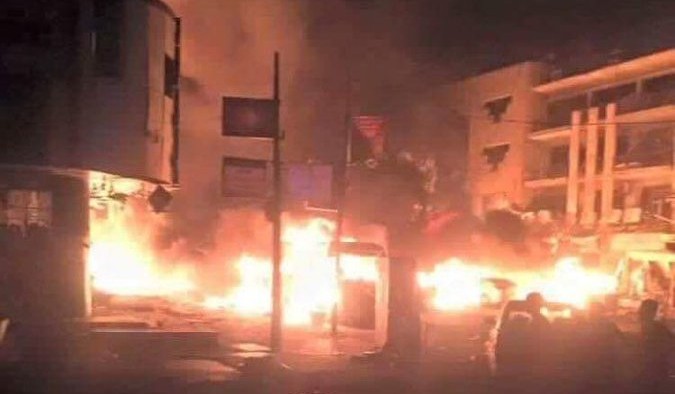 See Iraq Opinion: The Islamic State Attacks the Heart of Baghdad
Iraq Picture of Day: A Prayer for All in Bombed Karrada

At least 131 people have been killed ahd about 200 wounded by two car bombs in Iraq’s capital Baghdad.

Most of the victims were in the first explosion late Saturday in a busy commercial street in the central neighborhood of Karrada.

The second bomb exploded in an outdoor market in the Shaab neighborhood of southeastern Baghdad, killing five and wounding 16, according to police.

The Islamic State claimed responsibility for the Karrada attack in a statement on social media, saying that it was targeting Shia neighborhoods.

The Ministry of Interior’s website was hacked, with an image of an infant bloodied in the attack. The site is still down this morning.

The attacks are the deadliest since May 11, when at least 90 people were killed by several bombs in Baghdad neighborhoods.

Earlier this week, warplanes of Iraq and the US-led coalition claimed the destruction of at 175 vehicles, killing at least 250 Islamic State fighters fleeing Fallujah, west of Baghdad.

Iraqi forces completed the capture of Fallujah, which had been held by ISIS since January 2014, last week.

The scene after the bombing in Karrada:

Men looking at the destroyed vehicle carrying one of the bombs: 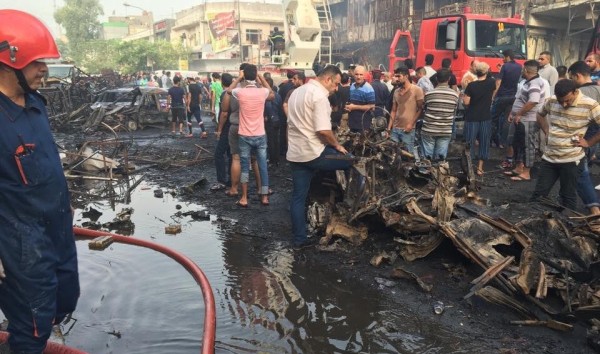 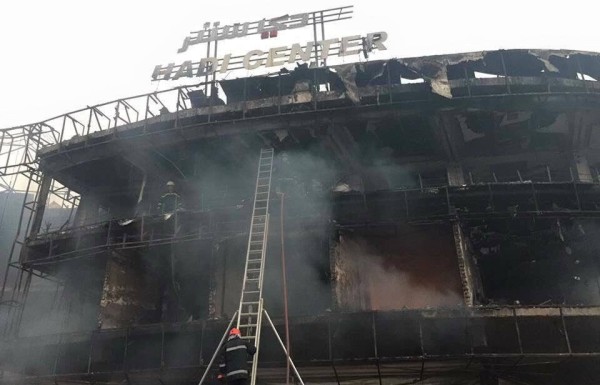