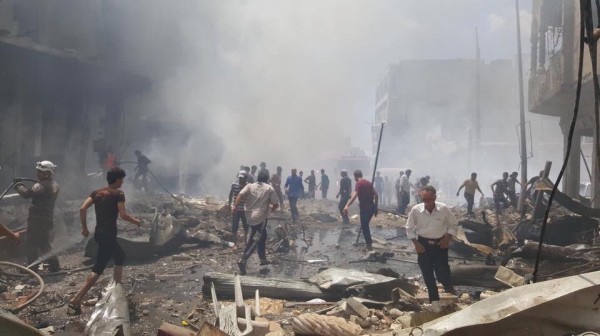 PHOTO: Aftermath of strikes on vegetable market in Idlib city on Sunday

The warplanes of the Assad regime have carried out another mass killing, with at least 34 people dead in attacks on a vegetable market in Idlib city in northwest Syria.

The Local Coordination Committees said 50 were injured when two missiles hit the market.

There are graphic images of the victims, including children burned beyond recognition.

The strikes come less than two weeks after dozens of people were slain and about 250 injured in bombing near the National Hospital in the city.

On Saturday, the Assad regime had announced a truce with the opposition covering Idlib city, the besieged opposition-held town of Zabadani in Damascus Province, and the regime enclaves of al-Fu’ah and Kafraya north of Idlib. 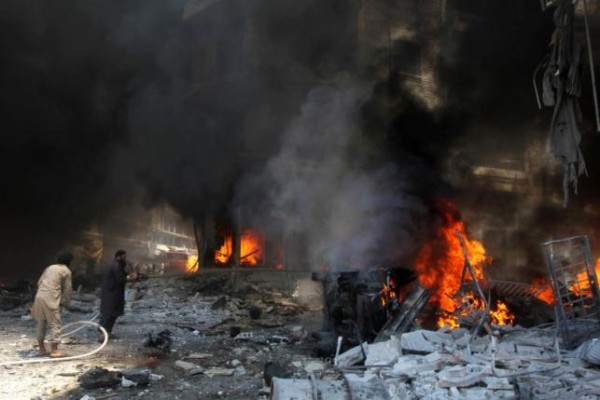 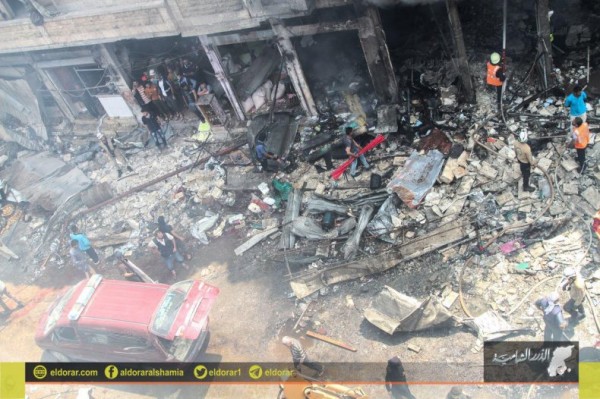 Attacks in nearby Maarat Nu’man killed six civilians, including a woma and her 4 children, and the village of Mastoma was targeted with cluster bombs and shelling.

Intense airstrikes are also reported by Russian warplanes in Aleppo Province, including the Kallasa area of Aleppo city, Anadan, and Kafr Hamra. Other areas have been hit with incendiary and cluster bombs.

The Russian and Syrian air forces have killed hundreds of civilians in an escalation of bombing across northwest Syria since late May.

A father grieves as his son is pulled out of the rubble in Maarat al-Nu’man:

Men carry a victim from the Idlib market bombing: 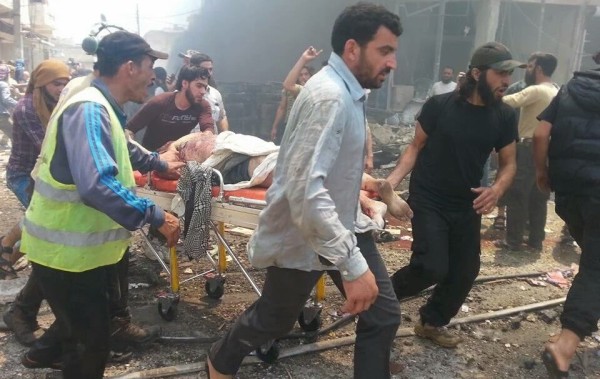 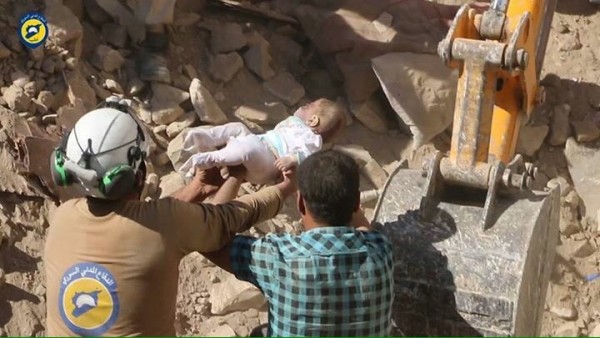 A father says good-bye to his wife and four children killed in Maarat al-Nu’man: 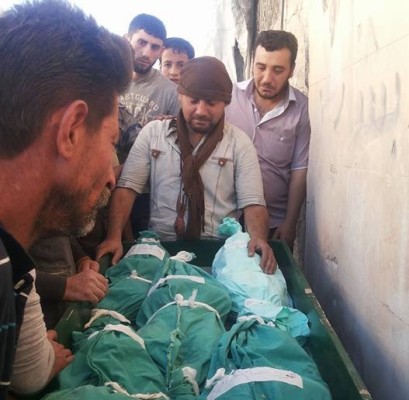