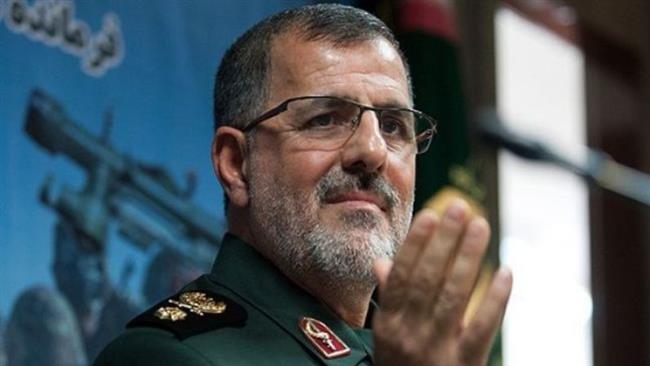 Continuing a week-long campaign, Iran’s regime proclaimed on Thursday that it is confronting “terrorists” supported by the US and Saudi Arabia.

The commander of Revolutionary Guards ground forces, General Mohammad Pakpour, claimed that two individuals in a “terrorist team” arrested in southeastern Iran last week have confessed to receiving US and Saudi support. He added that Washington and Riyadh are organizing and supporting other “anti-revolutionary” groups inside Iran and on borders with Iraq and Pakistan.

Last week, Iranian authorities declared that they had broken up one of the biggest terrorist plots, carried out by “Takfiri-Wahhabi groups”, in the history of the Islamic Republic. They said several suspects had been arrested over “a major plot to carry out a series of bombing raids in several locations across the capital of Iran, specifically during the upcoming events in the holy month of Ramadan”.

On Thursday, the head pf judiciary in Khuzestan Province in southwestern Iran announced that “several terrorist teams” have been identified and arrested, with some suspects killed in clashes.

In northwestern Iran, the head of judiciary in East Azerbaijan Province said six “spies” from the Azeri rights group Yeni GAMOH were arrested for sharing classified military and economic documents with “enemies of the regime”.

Despite January’s implementation of a July 2015 nuclear deal, tensions between Iran and the US have continued and even escalated. The Supreme Leader has repeatedly denounced a “dishonest” US, claiming it is trying to dominate the Middle East and undermine the Islamic Republic, and ruled out any relationship with Washington beyond the nuclear agreement.