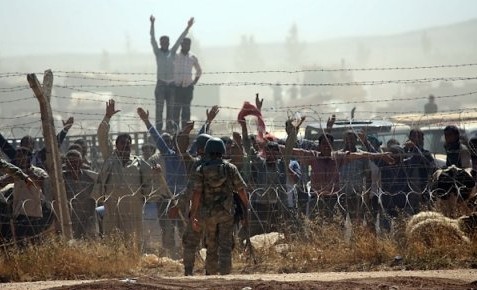 Human Rights Watch has released another report of the killing and wounding of Syrian refugees by Turkey’s border guards.

HRW said on Tuesday that three Syrians, including a child, were killed and 14 seriously injured in March and April, according to victims, witnesses, and residents.

Turkey hosts more than 2.7 million Syrian refugees; however, since August, it has restricted movement with the closing of the border. Last month, guards blocked thousands fleeing after their camps inside were hit by artillery fires in clashes between Ankara and the Islamic State.

The situation has been compounded by Russian and regime attack on the camps, which include an estimated 100,000 people who have fled fighting in Aleppo Province this year. Last week, an airstrike on the Kamouna camp sheltering 4,500 displaced Syrians near Sarmada in northern Idlib Province, killed at least 28 people and wounded at least 37.

The HRW report is based on interviews with victims and witnesses involved in seven incidents between the first week of March and April 17. One witness filmed some of the dead and wounded.

Two smugglers were also killed in the incidents. 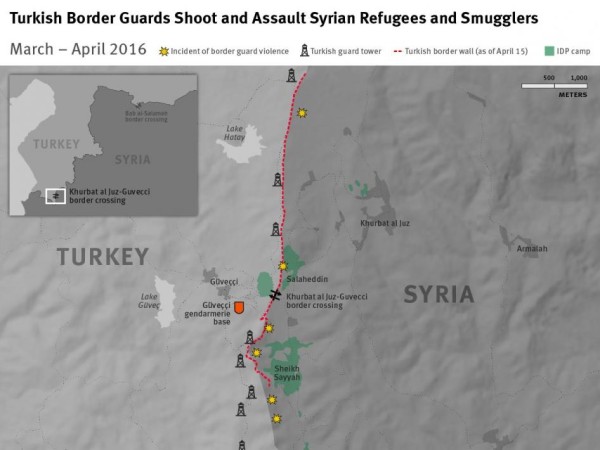