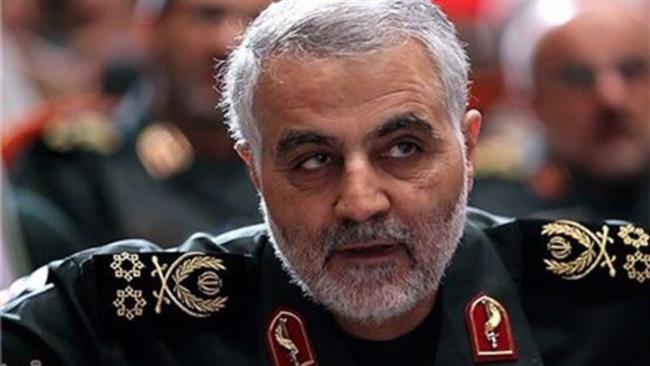 Shifting its public position on the Syrian crisis, Iran has indicated that it may want President Assad to leave Damascus.

However, despite the signal from one of his two essential allies, Assad has refused the offer to shelter his family in the Islamic Republic — even though Tehran said it would help the President lead the fight against the Syrian rebellion.

The Iranian offer was revealed by Intelligence Minister Mahmoud Alavi in an interview with Lebanon’s Al-Mayadeen TV, a stauch supporter of the Syrian regime. Iranian State outlet Press TV features the story this morning.

Alavi said that Assad rejected the approach by saying “his family was like any other Syrian family” and would remain in Damascus.

Significantly, Alavi indicated that the offer was made by General Qassem Soleimani, the head of the elite Quds Force of Iran’s Revolutionary Guards. Soleimani was organizing forces inside Syria until he was injured near Aleppo last November.

Alavi did not give the timing of the approach to Assad, but Soleimani was in Moscow just over a week ago for urgent discussions with Russian officials. Neither the Kremlin nor the Iranian regime have publicly commented on Soleimani’s visit.

On Friday, the top aide to Iran’s Supreme Leader, had apparently reaffirmed Tehran’s support for the continued rule of the Assad regime.

However, Ali Akbar Velayati subtly distinguished between the regime’s future and that of the President in his meeting with the Syrian Ambassador to Tehran.

Velayati said any political settlement must maintain Syria’s “territorial integrity, independence as well as the legitimate government of President Bashar al-Assad” — but not Assad himself.

Velayati added that the US and other sponsors of “Takfiri terrorists” will fail to “install a puppet regime”.

Alongside Iran and Hezbollah, Russia has been vital to Assad’s survival in power. Last September, Moscow added to its political and economic support with military intervention, with thousands of airstrikes, advanced equipment, and “advisors” on the ground to prop up the Syrian armed forces.

Russian airstrikes have helped offensives — some of them led by Iran and Hezbollah and including Iranian-led foreign militias — take territory from rebels and from the Islamic State, particularly in northwest Syria.

However, the offensives failed to achieve a decisive victory against the rebellion, and Russia halted its airstrikes to adhere to a February 27 cessation of hostilities that Moscow and the US helped broker.

Since then, rebels and Jabhat al-Nusra have shown the weakness of Assad’s position with advances in the northwest, especially south of Aleppo city against Iranian-led forces.

Despite putting in Army units and special forces for the first time alongside Revolutionary Guards troops, Iran could not regain the lost territory. More than 100 Iranian troops, Hezbollah fighters, and Iraqi and Afghan militia were killed in the failed attempts two weeks ago.

Iranian media have acknowledged the loss of 232 commanders and troops in the intervention since October 7.

Government: Mothers Fearful for Daughters Because of Morality Police

In a continuing battle over “morality police”, Vice President Shahindokht Molaverdi has said that mothers are “very concerned for their daughters’ safety” in view of a plan for 7,000 undercover agents.

Tehran police commander Hossein Sajedinia said on Monday that the agents will report “crimes” such as improper dress, noise pollution, and bad driving so the morality police can take action.

President Rohani, who has repeatedly condemned crackdowns on social behavior, said the next day that the regime does not have the right to “interfere with people’s public and private lives”.

In turn, Tehran Friday Prayer leader Ayatollah Movahedi Kermani defended the plan and chastised the President, insisting that “confronting bad hijabs” is one of the duties of police.

Molaverdi followed up on Friday, saying that the people want the President to attend to the matter and “monitor and enforce the necessary orders”. She added that the Cabinet will discuss the issue on Sunday. matter is on the agenda for the next cabinet meeting on Sunday.