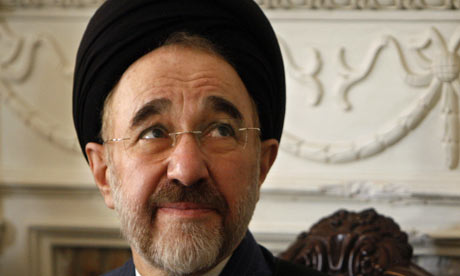 With the extent of disqualifications from Iran’s February 26 elections still unknown, reformists are preparing to accept a sweeping ban on their candidates.

The Guardian Council, appointed by the Supreme Leader and the judiciary, disqualified about 60% of the 12,000 candidates for the 290-seat Parliament last month. Among those barred were 99% of the 3,000 reformist applicants.

Although the Council said last Friday that it has reinstated about 1,500 candidates, it has not published any names, leaving Iranians to speculate on whether the ban on reformists has been eased.

Reformists have been suppressed in the Iranian system for more than a decade. Some of their leaders remain in prison after the disputed 2009 Presidential election. Mir Hossein Mousavi, the leading challenger in that vote, and fellow candidate Mehdi Karroubi have been under strict house arrest since February 2011. Reformist offices have been shut and communications limited. The Iranian media is banned from quoting or displaying a photograph of Mohammad Khatami, the President from 1997 to 2005.

Despite these restrictions, Iran’s hardliners and some conservative fear that the reformists could revive in the elections, possibly through an alliance with a centrist bloc around President Rouhani and former President Hashemi Rafsanjani.

Mohammad Reza Aref, a former 1st Vice President and 2013 Presidential candidate, criticized the Guardian Council on Tuesday, “Our negotiations were successful to an extent [in allowing some Reformists to be approved]. However, we expected prominent Reformists to also be confirmed, and this did not happen.”

However, Khatami wrote an open letter calling on Iranians to vote despite the restrictions. He said a “glimmer of hope remains” that some “reformist-inclined” candidates have been approved, and he asserted that the elections will be a “tool for bringing people together and a way to bypass the securitized and pessimistic atmosphere” with the possibility of “reformists and principlists” establishing an “independent” and “healthy” Parliament.

Gholam Ali Haddad Adel, a leader of the conservative bloc for the elections, assured a press conference that all is well, “The reformists have said themselves that they have enough candidates to create a list….Don’t feel sorry for them.”

Government Gives Up Objections to Bans

Meanwhile, the Rouhani Government gave up its objections to the purge of candidates.

President Rouhani had challenged the Guardian Council and the Supreme Leader after the initial bans, saying the disqualifications could lead to a process for a “one-party state”.

However, following discussions between Government Ministers and the Council, Interior Ministry spokesman Hossein Ali Amiri praised “consultations and follow-ups” that had led to reinstatements.

Amiri also insisted that elections for the Assembly of Experts, the 88-member body which chooses the Supreme Leader, would be “competitive” even though the Guardian Council only approved 166 candidates out of 801 hopefuls.

Amiri admitted that “in some electoral districts, there is one seat and only person was confirmed”, assuring an unopposed candidacy.

He said the upstream sector requires $130 billion in investments, while $70 billion needs to be injected into processing facilities and oil refineries.

“We have to think about providing it through foreign resources and acquiring of technology,” Zanganeh noted.

Hardliners have criticized the Minister for his pursuit of foreign investment, claiming that he is giving away Iran’s resources.

Foreign investment has been absent from the Islamic Republic’s oilfields since 2010. Iran needs the technology for development that only the US and certain European countries can provide.

Zangeneh said three draft oil agreements have been prepared and a fourth is on the way, but he did not specify which projects they covered.

Officials have declared that Iran will soon increase production by 500,000 barrels per day within a short time after the removal of sanctions and by 1 million bpd within six months.

Iran’s production dropped from more than 4 million bpd in 2012, before the effects of US-led sanctions, to about 2.8 million bpd last year.