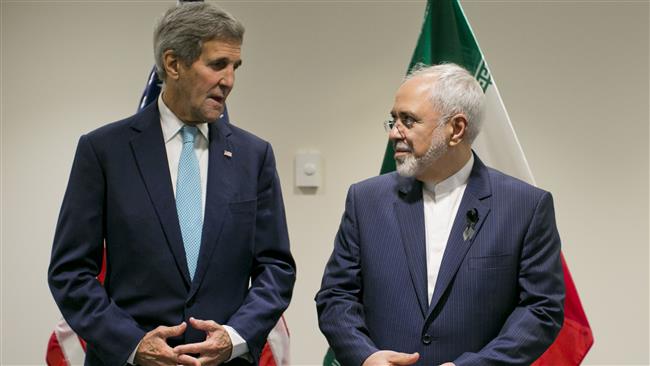 UPDATE 2040 GMT: The International Atomic Energy Agency has released its statement confirming Iran’s compliance with the terms of the July 2015 nuclear deal.

IAEA head Yukiya Amano also said that Iran will accede to the Additional Protocol of the Nuclear Non-Proliferation Treaty, providing for a firmer regime of supervision and inspection of its facilities.

UPDATE 1900 GMT: President Rouhani has postponed a speech, scheduled for tonight, about the implementation of the nuclear deal.

Earlier, Foreign Minister Mohammad Javad Zarif had indicated that the announcement of Implementation Day would be delayed:

We're getting to #ImplementationDay. Nothing serious. Diplomacy requires patience, but we all know that it sure beats the alternatives.

UPDATE 1850 GMT: The fifth American released by Iran is Matthew Trevithick, a staff meember with universities and NGOs who was recently detained.

Trevithick’s detention had not been revealed before today.

UPDATE 1750 GMT: The Huffington Post has confirmed the unsurprising news that the negotiations for the prisoner swap were linked to the nuclear talks.

The site says that it learned from a State Department official in September of the connected discussions, including Secretary of State John Kerry and lead nuclear negotiator Wendy Sherman.

The Post also claims that one of the four Americans being discussed was Robert Levinson, the former FBI agent who disappeared on Iran’s Kish Island in March 2007. He has not been seen since a hostage video in November 2010.

Iran has also committed to continue cooperating w/ the US to determine the whereabouts of Robert Levinson, US off'l said #FreeBobLevinson

UPDATE 1640 GMT: A US official has said that a fifth American, “unrelated to the prisoner swap”, will be released by Iran.

UPDATE 1530 GMT: Iranian State media is reporting that four Iranian-American detainees were swapped for seven Iranians imprisoned in the US.

There are disputed accounts over the fourth American. Press TV says it is businessman Siamak Namazi, but Revolutionary Guards outlet Fars News denies this, saying Namazi remains in prison because his crimes are “financial” and not political. IRNA initially named Namazi but has now apologized.

Fars says that the fourth American is Nosratollah Khosravi — the first time that name has been mentioned. Other Iranian observers believe he may actually be Lebanese-American businessman Nazar Zaka, detained in early November.

The Supreme Court overturned the death sentence in March and ordered a retrial because the verdict was “not complete”. A closed-doors court finally completed a retrial in April 2014 and handed down a 10-year sentence for “practical collaboration with the US Government”.

Namazi, an executive with an oil company, was seized in early October after he returned to Iran to visit family.

Namazi was the long-time associate of Trita Parsi, the head of the influential National Iranian American Council. He also published work for the Woodrow Wilson Center, including reports criticizing the effects of US sanctions on Iran; the Center for Strategic and International Studie; and the National Endowment for Democracy.

One of the seven freed Iranians, Nima Golestaneh, was indicted in July 2015 on charges of hacking into the computer system of a Vermont aerodynamics company to steal millions of dollars worth of software.

Others were accused of fraud and sanctions violations.

Jason Rezaian, the Washington Post’s correspondent in Tehran since 2012, was seized in a July 2014 raid. He was held for months without access to a lawyer or family or information about his charges. Hearings were finally held in spring 2015, and the Iranian judiciary later said he had been convicted of espionage without giving any details of a sentence.

Saeed Abedini, a Christian pastor, was detained in summer 2012. In January 2013, he was sentenced to eight years in prison for private religious gatherings.

ORIGINAL ENTRY: “Implementation Day” for the July 2015 nuclear deal between Iran and the 5+1 Powers will be declared on Saturday, paving the way for the removal of US and European sanctions that have crippled the Iranian economy.

Zarif said on arrival in Vienna, “All the oppressive sanctions that have been imposed over the nuclear issue against the Islamic Republic will God willing be annulled today.”

“This is also a good day for the world. Today is a day when we prove to the world that threats, sanctions, intimidation, pressure don’t work; respect works.

Today’s ceremony follows verification by the International Atomic Energy Agency of Iran’s compliance with the terms of the agreement with the 5+1 Powers (US, Britain, France, Germany, China, and Russia). Reached after more than a decade of tension, the deal set out the plan for Iran to ship out almost all its enriched uranium and to reduce its uranium centrifuges from about 19,000 to just over 6,000. Tehran has also removed the core of its Arak heavy-water nuclear reactor to ensure it cannot produce plutonium which may be used in a militarized nuclear program.

The US and European Union will begin lifting of restrictions that have cut Iran’s oil exports by more than 40%, suspended financial transactions, and limited foreign investment. The European measures — including July 2012 bans on insurances for tankers carrying Iranian oil — should soon be removed; however, the American process, which also affects companies in other countries, will take months because of the complexity of US legislation.