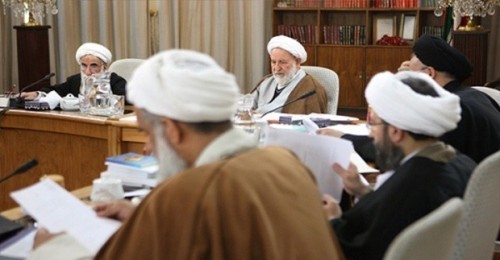 Iran’s Guardian Council has disqualified hundreds of candidates for February’s elections for Parliament and the Assembly of Experts, according to reports from inside the country.

With international attention on the ceremonies in Vienna marking implementation of the July 2015 nuclear deal, the Council defied President Rouhani as it changed the balance of power in the February 26 ballot.

The reports suggest that only 40% of the candidates for Parliament and the Assembly of Experts, the body which chooses the Supreme Leader, have been allowed to continue by the Council. Almost all reformist candidates in some Iranian provinces have been disqualified. Only four prominent reformists, including 2013 Presidential candidate Mohammad Aref, have been passed by the Council to stand in Tehran Province.

Hossein Marashi, a member of the reformist policymaking committee, said that of 3000 reformist candidates, only 33 people have been approved. Mostafa Moin, a candidate for the Presidency in 2005, is among those who have been disqualified.

Some reports say the Council has gone farther to block conservatives seen as troublesome, including MP Ali Motahari, a vocal critic of elements within the regime who has called for political prisoners to be freed. Some Iranian media said 50 of Iran’s 290 MPs were disqualified, including 13 in a bloc close to Speaker of Parliament Ali Larijani.

Iran’s hardliners and some conservatives have been increasingly concerned about a challenge by “centrists”, including those linked with Rouhani and former President Rafsanjani, and their possible alliance with reformists who have been suppressed in Iranian politics for more than a decade. Since the autumn, hardline politicians, clerics, and military commanders have warned that their opposition — including Rafsanjani — have been seeking a “sedition” to undermine the Islamic Republic.

Rouhani has challenged the power of the Council to disqualify candidates, but it appears that he has been ineffective. On Sunday, he took a moment from a press conference about the nuclear deal to opine, “Looks like we need a P5+1-style talks [the nuclear discussions] with some here inside the country, too”.

He continued, “I will use all in my power as the president to protect the right of the candidates.”

Other politicians supported the President. The Governor of Tehran Province commented, “The Supreme Leader urged people to vote in the election even if they do not believe in him, but there should be a candidate to vote for in the first place.”

The Governor of Khuzestan Province in southwest Iran added, “Pointless and illogical disqualification of candidates is no different than rigging the polls.”