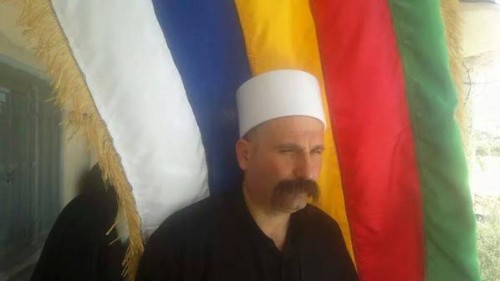 Unrest broke out in Sweida Province in southeastern Syria on Friday after a prominent Druze leader was among those killed by a bomb.

Sheikh Wahid al-Balous, an elder scholar in the Druze community, died after a roadside bomb was detonated as his car passed. Several other people were reportedly slain, including Balous’ son, fellow cleric Fadi Naim, and a bodyguard. Activists said more people were killed minutes later by a second explosion near a hospital.

Last night, Druze were on the streets in protest. Reports said that government buildings were damaged and occupied, and access by the Syrian military was cut to vital locations such as the airport.

Claimed footage of a demonstration after the explosions:

The bombing came days after peaceful demonstrations in Sweida criticizing local officials over corruption and high prices. The Assad regime responded by cutting the Internet for more than two days and electricity for more than 10 hours.

Balous and his followers, named the “Sheikhs of Dignity”, had challenged the regime in recent months over issues such as conscription and the removal of military equipment from the province. Emphasizing the priority of Druze self-defense — rather than defense of the Assad regime — he challenged the head of the province’s military security service and declared, “Our dignity is more important than Bashar al-Assad.”

This summer, the “Sheikhs of Dignity” were part of protests against the regime over the seizure of young Druze men to fight outside the province. Balous was contrasted with traditional community leaders — Sheikhs al-Aql — who have supported the regime since the start of the uprising.

Last month, as a Druze militia was founded, Balous challenged the head of Syrian security, “We know about the decision of Ali Mamlouk and others to liquidate us. We say to them: do your worst.”

As both rebels and the Islamic State approached the borders of Sweida this spring, the Sheikhs of Dignity were among calling forlocal self-defense against all attackers.

The Druze, located mainly in Syria, Israel, Lebanon, and Jordan, pursue a religion incorporating elements of other faiths and the writings of Greek and Arab philosophers. Questions about their position in the Syrian conflict have risen this year as rebels have defeated regime forces across southern Syria, including in neighboring Daraa Province.

The protesters in Kafranbel in northwest Syria use their iconic banners to comment on this week’s sudden attention to refugees, following the photograph of the drowned toddler Aylan Kurdi on a Turkish beach:

The Islamic State has blown up more Roman-era structures in Palmyra in central Syria, according to a senior Syrian official.

The militants destroyed three tower tombs built between 44 and 103 A.D., said the Director General of Antiquities and Museums, Maamoun Abdul-Karim.

The Islamic State has destroyed a series of Roman buildings since they took Palmyra in late May. Last month they destroyed the Temple of Bel and Temple of Baal Shaamin.

Both leaders stressed the importance of reaching a lasting solution to the Syrian conflict based on the principles of Geneva 1 [of June 2012] to end the suffering of the Syrian people, maintain continuity of civilian and military government institutions, preserve the unity and territorial integrity of Syria, and ensure the emergence of a peaceful, pluralistic and democratic state free of discrimination or sectarianism.

The two leaders reiterated that any meaningful political transition would have to include the departure of Bashar al Asad who has lost legitimacy to lead Syria.

Last month, Saudi Arabia blocked a Russian-Iranian initiative for high-level talks for a political transition which would include Assad, insisting that the President would have to step down before negotiations developed.

Rebels push back pro-Assad militia at Tel al-Khirbah, near the regime enclave of Fu’ah in Idlib Province in northwest Syria:

The rebel coalition Jaish al-Fateh has been advancing on the enclaves of Fu’ah and Kafraya, north of Idlib city. The coalition has shelled both villages and threatened to overrun them, in part as retaliation for the two-month Hezbollah-regime offensive against the town of Zabadani in Damascus Province.

Rebels have blocked the latest Islamic State offensive against the frontline town of Mare’ in northern Aleppo Province, reportedly inflicting scores of casualties.

A pro-opposition journalist said 60 militants were killed on Friday — some of them executed after being caught — after the failed attack from three sides on the town.

Photos of captured Islamic State fighters, stripped to ensure they do not have explosive belts, have also been posted.

Rebels later claimed they had retaken the nearby village of Sandaf.

Mare’ has been close to the frontline since the Islamic State and rebels began battles in January 2014. In the last month, the militants had closed on the town with the capture of nearby villages.

Rebels in and near Mare’: 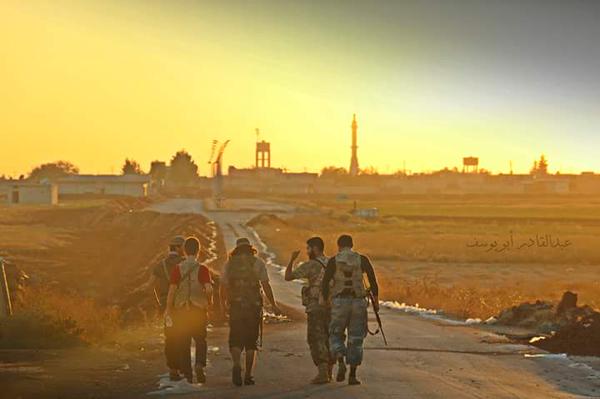