Iran Daily, July 10: US & Tehran — “We Are Not Rushing for Nuclear Agreement” 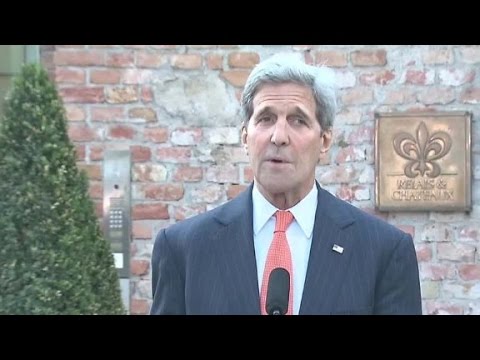 With nuclear talks in Vienna continuing over the details of a comprehensive deal — now well past the revised deadline of July 7 — US Secretary of State John Kerry and Iran’s Foreign Minister Mohammad Javad Zarif agreed on Thursday that they would not rush the conclusion.

Kerry told reporters during a break in the talks, “We’re here because we believe we are making real progress. We will not rush and we will not be rushed.”

We're working hard, but not rushed, to get the job done. Mark my words; you can't change horses in the middle of a stream. #IranTalksVienna

However, Kerry added a warning: “We can’t wait forever. If the tough decisions don’t get made, we are absolutely prepared to call an end to this.”

The White House later said the talks would not likely drag on for “many more weeks”.

Details on the remaining issues — notably inspections of Iranian nuclear and military sites; the timing of the removal of sanctions and any provision for their re-imposition in the event of violation of an agreement; and the text of a UN resolution accompanying the deal — were not offered on Thursday.

But a “senior Iranian official” put out a more pessimistic signal following statements earlier that week that a deal could be signed by early Friday.

He added that Iran was looking forward to seeing whether the US would “abandon its obsession with sanctions”.

The Iranian delegation suggested to journalists that a US proposal, offered on Wednesday, had been withdrawn after a video conference that night between the US negotiating team and Obama.

“There have been changes of position…particularly since last night,” the senior Iranian official said. “Suddenly everyone has their own red lines. Britain has its red line, the U.S. has its red line, France, Germany…”

The Americans denied that they had presented any final deal.

Because an agreement was not completed by midnight Washington time on Thursday, any deal will now have a 60-day review period in Congress, rather than 30 days.

The White House indicated on Wednesday that it was preferable to fill in gaps on a deal and face a longer review period, despite the increased risk of Congressional criticism.

If an agreement is reached, it is likely that the US Senate could only block it with a two-thirds majority, overriding a Presidential veto.