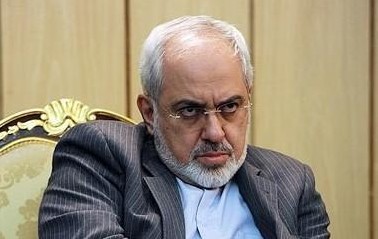 UPDATE 1715 GMT: US Secretary of State John Kerry makes a statement about the talks:

Sec Kerry: despite all the progress we have made some tough issues remain. #IranTalksVienna pic.twitter.com/lW0A7EQ595

As nuclear talks move toward a conclusion, with a final deal sought by this weekend, Iran’s officials struck a tough pose on Wednesday to support the narrative that they are defending their “red lines” in an agreement.

Little detail was revealed on Wednesday about discussions among political deputies, a day after Iran and the 5+1 Powers (US, Britain, France, Russia, China, and Germany) said negotiations would continue past a July 7 deadline.

Instead, the news was taken over by claims in Iranian State media of tough talk by Foreign Minister Mohammad Javad Zarif, including shouting matches with US Secretary of State John Kerry and European Union foreign policy head Federica Mogherini.

Zarif and Kerry supposedly clashed on Monday night in the Palais Coburg hotel, with the American’s aide interrupting to say everyone outside could hear their argument.

On the same evening, Zarif and Russian Foreign Minister Sergei Lavrov told Mogherini to lay off “threats” to leave the talks.

Zarif reportedly snapped, “Never try to threaten the Iranians,” with Lavrov adding, “Nor the Russians.”

Social media accounts linked to Iran’s negotiators spread the stories and the hashtag #NeverThreatenAnIranian, taking over Twitter discussion of the talks by Wednesday night.

You are not gonna like the Iranian side of me….! #NeverThreatenAnIranian pic.twitter.com/IJ12hvDJXe

Zarif stepped back from the reports, saying that Mogherini “has always had a very positive and constructive role in the negotiations”: “Our relationship has been government by mutual respect.”

However — whether intended by the regime or not — the campaign appeared to be successful in bolstering the position of the negotiating team. It countered hardline criticism in Iran of weakness by Zarif and the Rouhani Government, while covering the intense discussions over the remaining issues for an agreement.

Those issues include the arrangements for inspections of Iranian nuclear and military sites, the timetable for the lifting of sanctions and its linkage to Iranian compliance with the deal, provisions for the re-imposition of sanctions if the agreement is violated, and the text of a UN resolution accompanying any agreement.

Prominent activist Narges Mohammadi, detained for her work for human rights, has protested a ban on prisoners in the women’s ward phoning their families.

Mohammadi wrote that there are 22 prisoners in the women’s ward, of whom 14 are mothers and five have children under 10 years old.

The activist said she believes the ban on called was issued by the Tehran Prosecutor, Abbas Jafari Doulatabadi, and urging him to end the restriction.

Mohammadi has been sentenced to six years in jail for her human rights activities on the grounds that they are “assembly and collusion against national security”. She was released after three months in 2012 because of poor health, but she was detained again in May.

Amid pressure from hardliners that has cancelled concerts across Iran, the Culture Ministry’s head of music, Piruz Arjmand, has resigned.

Arjmand said, “I handed in my resignation….I intend to attend to my personal preoccupations and continue my academic activities.”

However, he hinted at the pressure, “Each director has his own problems. But everybody knows about the crisis that Iranian music has gone through.”

Numerous concerts have been canceled in Tehran and other cities, despite organizers having obtained official permission. The hardline protests began in January, when groups took to the streets to voice their anger.