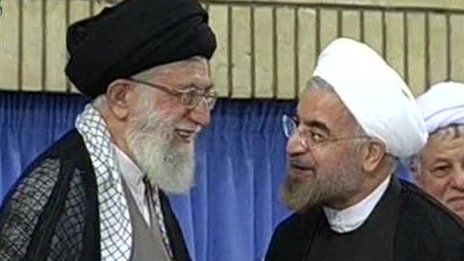 In a formal letter to President Rouhani, the Supreme Leader has congratulated Iran’s negotiators over the completion of a nuclear deal. However, he has urged “careful scrutiny” of the text because he does not trust the US and its allies.

Ayatollah Khamenei replied on Wednesday to a Rouhani letter summarizing the successful end of the discussions with the 5+1 Powers (US, Britain, France, China, Russia and China):

With greetings and gratitude for your great efforts, first I would like to extend my intimate gratitude to constant and tireless efforts of the nuclear negotiations team and pray for Divine blessings for them. Further, bringing negotiations to a conclusion was a milestone.

The prepared text, however, needs careful scrutiny and must be directed into the defined legal process, and in case of approval, be concerned about possible violation of commitments by the other parties and close paths to it. You are well aware that some of the six states participating in negotiations are not trustworthy at all.

I expect our dear nation to maintain unity and dignity so that national interests can be achieved in a peaceful and wisely atmosphere.

Throughout the months leading to Tuesday’s deal, the Supreme Leader backed the negotiations while criticizing the US Government for dishonesty and a range of political sins, within and beyond the Middle East and inside America.

Tuesday’s deal, set out in a 139-page document, is to be implemented over the next six months. Removal of sanctions on Iran are conditional upon verification of its compliance with the terms. Conversely, Iranian officials have warned that they could step back if the 5+1 Powers are seen to be backtracking on their commitments.

Without a doubt, this is a first long and successful step in creating new developments in the Islamic Republic of Iran’s relations with the region and the international community. Other steps must of course be taken with greater sensitivity.

We request the venerable officials to take steps with awareness and precision in the correct implementation of these accords and, just like the past, to not trust the spiteful enemies of the noble Iranian nation whatsoever and continue their movement with the sensitivity they have taken this path.

The head of the International Atomic Energy Agency, Yukiya Amano, has expressed confidence that questions about Iran’s nuclear program can be answered by December.

Amano said on Wednesday, “[The] measures are identified and what we are planning to do is to make maximum use of these. We need to fill the different pieces of the jigsaw puzzle and we need to understand the whole picture.”

Under arrangements in parallel with the deal between Iran and the 5+1 Powers, Iran will have until mid-August to present written explanations to questions dating from 2011. The IAEA will have a month to analyze this and respond, carrying out follow-up work in Iran in September and October. By December, Mr. Amano will report his findings to the IAEA Board of Governors, which will have the final say on whether Iran is in compliance.

The trouble in the past “was not the time needed for clarification but [Iran’s] reluctance to move from one issue” to the next, Amano said. “This is the first time that we can address all the issues at one time.”

Student activist Maryam Shafipour has been freed from prison after almost two years. 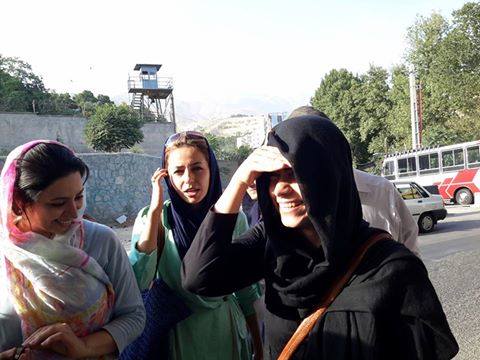 Shafipour, an agricultural engineering student at Imam Khomeini International University in Qazvin, was expelled amid the protests after the disputed 2009 Presidential election. She was given a one-year suspended prison sentence for “spreading propaganda against the system. Arrested again on July 27, 2013, she spent 67 days in solitary confinement in Evin Prison and was denied access to a lawyer.

The activist was sentenced in March 2014 to seven years in prison.