Iran Daily, June 26: US Points to Extension of Nuclear Deadline, As “Important Gaps” Remain in Talks 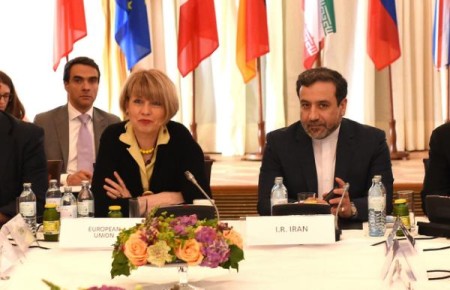 For the first time, US officials are indicating that nuclear talks with Iran will be extended beyond a June 30 deadline for agreement, as the Iranians said on Thursday that “important gaps” remain in the discussions over the final text.

A member of the Iranian negotiating team in Vienna told State media, “Although some parentheses (gaps) have been removed, important ones still remain.”

Russia’s lead negotiator, Deputy Foreign Minister Sergei Ryabkov, was more upbeat on Thursday. He said that “almost 90%” of the final text had been agreed.

However, the Iranian source said that “remarks quoted from different sources on the progress…could be neither confirmed nor rejected”:

It is true that some progress has been made in removing parentheses and a considerable part of the text has been cleared from them, but the remaining parentheses in the text are all indicative of key sticking points.

A “senior US Administration official” indicated that the discussions will be extended by a “few days” if an agreement is likely:

We may not make June 30, but we will be close. What matters here is the substance of the deal and we have to get it right….Our intent is to get it done.

Until Thursday, Washington had maintained that the agreement should be achieved by June 30. However, Britain and France as well as Iran have said in recent weeks that a short extension was likely.

Foreign Ministers are expected to join the talks in Vienna on Saturday.

Iran has buried five more of its troops killed in Syria, bringing the total to at least nine that have been publicly acknowledged this week.

Funeral processions were held in Mashhad on Wednesday for the five soldiers. 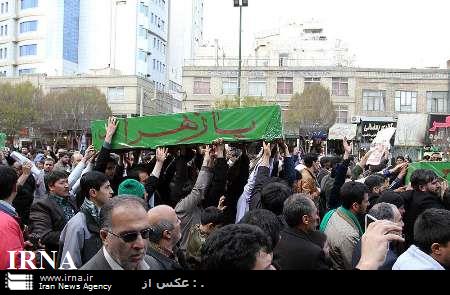 There were three burials on Wednesday of fighters killed by an improvised explosive device on the Damascus-Daraa road in southern Syria.

Another soldier, a 1st Lieutenant in the Revolutionary Guards, died in a Tehran hospital following severe injuries suffered on May 15. The funeral is set for Friday morning in Tabriz in Iranian East Azerbaijan.