Syria Daily, May 4: The Last Holdout of Assad Forces in Jisr al-Shughour 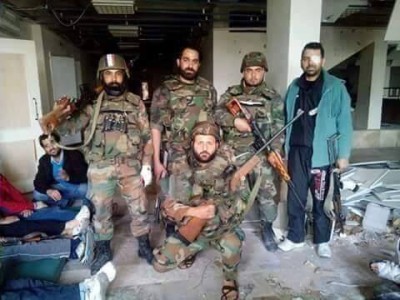 In a sequel to last week’s capture of Jisr al-Shughour by rebels, a group of President Assad’s troops are still holding out in the National Hospital in the key city near the Turkish border.

A rebel coalition under the Jaish al-Fatah operations room swept into Jisr al-Shughour on 26 April, the fourth day of their offensive across southern Idlib and northern Hama Provinces. The city is on the main highway between Aleppo and Latakia in western Syria on the Mediterranean.

However, about 200 Syrian soldiers continued to resist attacks as they were surrounded. On Friday, activists said more than 50 were captured after a vehicle bomb was exploded at the main entrance of the hospital.

However, pro-Assad outlets continued on Sunday to circulate photographs of the troops and claimed that they had repelled more assaults. 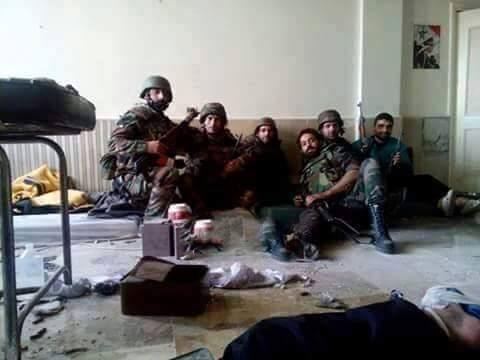 Among Assad supporters, the holdout of the soldiers is becoming a narrative of victory and sacrifice to compensate for the serious losses of the regime in the past five weeks, including the loss of the provincial capital Idlib on March 28 and the next-to-last Syrian military camp, Qarmeed, south of Idlib city.

Idlib city and Jisr al-Shughour appear to be beyond recovery by Syrian forces. However, pro-regime outlets are loudly claiming success in countering the rebel offensive south of Jisr al-Shughour in the al-Ghab Plain. Fighting is ongoing on several fronts across a large area.

Success in al-Ghab for the rebels would further isolate Syrian forces in southern Idlib from those in the west. It could also open the way for a reble move towards Hama, Syria’s 4th-largest city and a symbol of the 2011 uprising against President Assad.

Jabhat al-Nusra have claimed a suicide bombing in Damascus on Monday which tried to assassinate Major General Mohammed Eid.

The attack was carried out in the Rukn el-Din district. Eid, who oversees logistics in the Syrian military, and two bodyguards were reportedly wounded. A third bodyguard was killed. 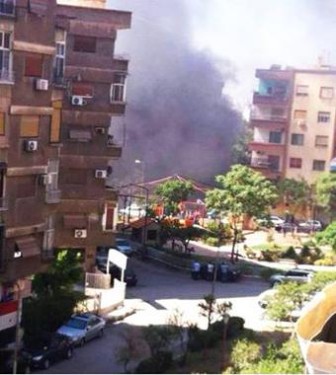 A group of attackers on a motorcycle charged the General’s entourage. A security official said one detonated a suicide belt, and the others were killed in a firefight with Syrian forces.

A main hospital in the rebel-held part of Aleppo has suspended all of its activities after regime attacks with barrel bombs and rockets.

The al-Sakhour hospital closed after it was bombed at least twice on consecutive days last week.

Two other medical facilities and an ambulance were targeted in the last three weeks, according to Médecins Sans Frontières.

The al-Sakhour hospital was one of the two existing hospitals in the area of about 400,000 people. In March, the hospital admitted 2,444 patients and performed more than 300 trauma surgeries.

In June 2014 the hospital closed for several weeks because of extensive structural damage from airstrikes.

The activities of another medical center have been suspended since April 17, days after an air raid targeted an ambulance and killed the driver, three medical staff, and one civilian. Six civilians were injured.

Blogger Zaina Erhaim, who was close to last weekend’s regime bombing of an Aleppo kindergarten that killed at least 12 people, posts a photograph of injured boys — one still clutching his backpack: 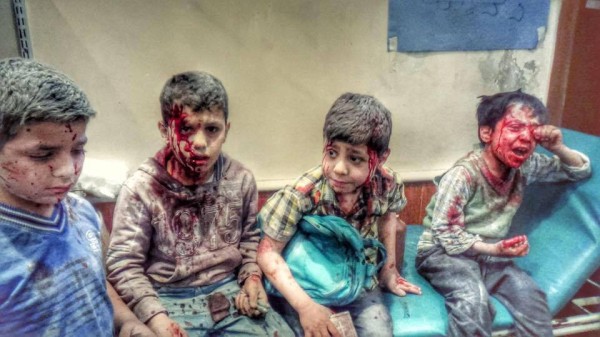 Speaking with the BBC, Erhaim describes the attack, “I could hear their screams from my house”:

Local Sources: Regime Has Not Captured Town of Mayda’a, Near Damascus

Local sources continue to challenge the Syrian military’s claim that it has taken “full control” of Mayda’a, northeast of Damascus.

The military issued the statement on Sunday, but the rebel faction Jaish al-Islam asserted that it had repelled the regime attack infiltrating the town, killing dozens of troops.

The town is important because it is the sole rebel link between Damascus’s northeast suburbs, one of its bases of operations, and al-Dumayr further to the northeast.

The website said Mamlouk is “on top of his work and carrying out his functions normally”. It asserted that the reports of cancer are part of an organized “false media campaign”.

Expect Syrian Chief of Mukhabarat (Intel) Ali Mamlouk to die anytime soon. Just got more info, he has Leukemia, and it is bad. #Exclusive

Mamlouk was named head of the General Security Directorate by President Assad in 2005 and became head of the National Security Bureau, overseeing all intelligence and security services, in July 2012 after bombing of a Damascus security headquarters that killed several high-ranking officials.