Iran Feature: “Western Diplomats” Give Details of a Nuclear Deal 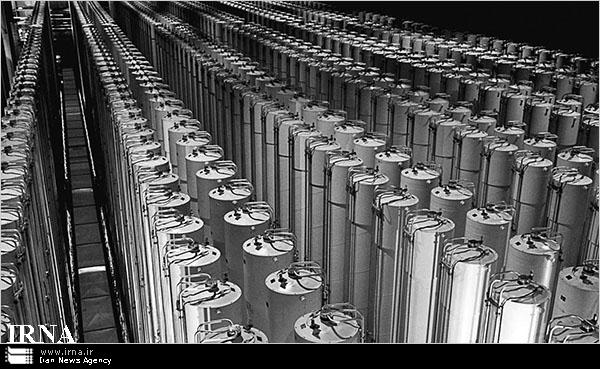 In yet another leak to the Israeli daily Haaretz, unnamed “Western officials” have provided details of the nuclear negotiations with Iran.

The presentation of the sources — possibly to pre-empt Israeli Prime Minister Benjamin Netanyahu — is that Iran has made significant concessions over the number of its centrifuges. They say the Iranians are accepting significant cuts in their current number of centrifuges for enriching uranium.

Although the article is not clear on this point, it appears that the Islamic Republic is not insisting on replacement of its 40-year-old IR-1 models with advanced IR-2 centrifuges which it has already installed but not put into operation. It is uncertain whether Tehran will be allowed to continue research and development of IR-2 and IR-4 models.

However, the unnamed officials caution, there are still notable gaps in the talks. Foremost among these, and corresponding to public statements from Tehran, is Iran’s demand that major sanctions be lifted soon after a comprehensive agreement.

Haaretz notes the objections of senior Israeli officials “that the proposal leaves too many centrifuges in Iranian hands, does not include total dismantling of the off-line centrifuges, and does not address issues such as Iranian research and development of advanced centrifuges during the period of the agreement”.

An Iranian proposal to close down a third of its centrifuges and relinquish most of its low-enriched uranium has led to progress in talks with the six world powers in Geneva, according to Western diplomats. However, many issues remain unresolved and the chances of reaching an agreement on Iran’s nuclear program by March 30 are low, they add.

With Prime Minister Benjamin Netanyahu scheduled to leave on Sunday morning for Washington, ahead of his controversial speech to Congress on Tuesday, senior Israeli officials appraised of developments in the talks expressed concerns to representatives of the world powers.

The two previous rounds of talks between Iran and the six powers (the United States, Russia, China, Britain, France and Germany), in Munich and Geneva, focused on finding a formula that would keep Iran a year from obtaining enough high-level enriched uranium to manufacture one bomb.

The two major components of the formula are the number of centrifuges Iran will be allowed to keep and the size of the stockpile of low-enriched uranium that it could retain.

The Western diplomats said that in the Munich talks early last month, the powers made a new offer to the Iranians, in which for the first six years of the agreement Iran could keep operating some 5,000 out of 9,400 old-model centrifuges, while 4,400 would go off-line in such a way that it would take a long time to reconnect them.

In the four following years, according to the Munich proposal, Iran would be able to increase its centrifuges to 7,800, and over the five ensuing years to 9,400, the number it currently operates. The proposal also called for most of the low-enriched uranium Iran currently has (about 6 tons) to be sent to Russia, where it would be converted into nuclear fuel for the reactor at Bushehr, Iran, leaving a symbolic 300-350 kilograms in Iran.

The diplomats said that, according to the proposal, the centrifuges Iran would keep would be reconfigured so they could only enrich a smaller amount of uranium. The deal also included an extensive reconfiguration plan of the enrichment facility at Natanz, proposed by the United States.

At the end of the Munich talks, the Iranians said they would give their answer at the following round of talks, which took place in Geneva last week. Iranian Foreign Minister Mohammad Javad Zarif came to those talks, together with the head of Iran’s atomic energy agency, Ali Akbar Salehi, a close associate of Iran’s supreme leader, Ayatollah Ali Khamenei.

The Western diplomats noted Salehi had said Iranian nuclear scientists had examined the proposal and decided it was too complex to implement, especially because of the reconfiguring plan for Natanz.

The Iranians surprised the representatives of the six powers when they presented their own alternative proposal, the diplomats said.

That proposal included, for the first time, concessions regarding their stockpile of enriched uranium, as well as a bid to cut the number of old-generation centrifuges by one third.

The Iranians proposed they keep 6,000 centrifuges out of the 9,400 for the first 10 years of the agreement, and keep 500 kilograms of their low-enriched uranium, or, alternatively, to operate 6,500 centrifuges and only retain 300 kilograms of their low-enriched uranium, the diplomats said. After 10 years, with only five years left on the agreement, the Iranian proposal would gradually increase the number of centrifuges to the number they have today, the diplomats added.

However, among the unresolved issues is the Iranian demand that all sanctions be lifted immediately upon signing the agreement, whereas the United States and the other powers want the sanctions lifted gradually if Iran is seen to be meeting its obligations.

Another stumbling block is Iran’s continuing refusal of the world powers’ demand to fully open all aspects of its military nuclear program to inspection by the International Atomic Energy Commission.