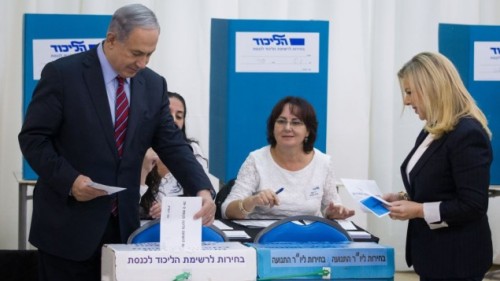 Israel’s Prime Minister Netanyahu has easily cleared a hurdle for another term in March elections, winning his Likud Party’s leadership with 80% of the vote.

Netanyahu pushed away the challenge of right-wing candidate Danny Danon.

There had been chatter last month, soon after the Knesset elections were announced, that the Prime Minister could be replaced by Likud. However, potential opponents like former Interior Minister Gideon Sa’ar chose not to run, and the right wing — which has criticized Netanyahu over his handling of last summer’s war in Gaza and his approach to Palestinian opposition in East Jerusalem and the West Bank — could not effectively mobilize its forces.

Danon, a former Deputy Defense Minister sacked by Netanyahu, did not even place in the top 10 Likud candidates for the March elections.