Iran Daily, Nov 8: Are Hardliners Ready for A Nuclear Deal? 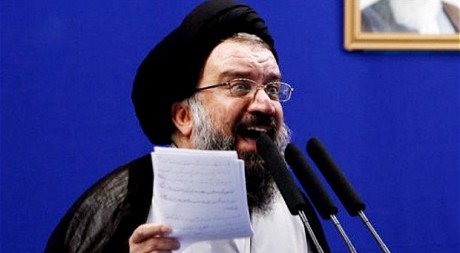 With Iran’s nuclear talks with the 5+1 Powers entering a critical phase, the Tehran Friday Prayer of Ayatollah Ahmad Khatami (pictured) put out an interesting combination of signals.

Khatami struck a tough line against the US, denouncing President Obama’s statement that the Islamic Republic had agreed to negotiations because of the “crippling effect” of “unprecedented sanctions”. The cleric insisted:

Khatami chided, “The nation of Iran has its legitimacy for resistance against the 5+1 Powers in the eight years of the Sacred Defense [the 1980s Iran-Iraq War], and does not need your legitimacy.”

However, Khatami — one of Iran’s harshest critics of the West — did not call for a withdrawal from the talks, which are seeking a comprehensive nuclear agreement by a November 24 deadline.

Instead, he said that the pursuit of a deal would be beneficial for Iran even if the “only advantage” was exposure of the US as not trustworthy.

The meeting, anticipated to last two days, will be followed by a plenary session between Iran and the 5+1 (US, Britain, France, Germany, China, and Russia).

Iran’s Supreme Leader has expressed his scepticism that an agreement can be reached with a “dishonest” US but has continued to back the talks. His top advisor, Ali Akbar Velayati, said recently that the Islamic Republic would not be the first country to step away from negotiations.

In large part — and despite Khatami’s denials — this is because of Iran’s economic difficulties. The Rouhani Administration has eased some of the worst conditions since it took office in August 2013, bringing inflation down to about 25% and stabilizing the Iranian currency. However, unemployment is still high, especially among the young, and recovery of production and investment is still weak.

The challenge has been exacerbated recently by the 25% fall in the price of oil, which makes up most of Iran’s export income. The price is now below $85 per barrel, below the Government’s assumption of $100 in its budget and the “break-even” point for the Iranian economy of more than $140.

Last week, Rouhani put out a coded warning that a nuclear agreement was vital to deal with the situation, speaking of a 30% decline in Iran’s oil revenues — which is on top of a halving of Iran’s oil exports since 2012 because of US-led sanctions.

Mohammad Sarafraz has been named as the new President of the Islamic Republic of Iran Broadcasting.

Sarafraz, whose appointment was projected by EA sources earlier this week, has been the head of the IRIB’s World Service. The overseas services includes outlets the English-language Press TV, Arabic-language Al-Alam, and Spanish-language Hispan TV.

Sarafraz replaces Ezzatollah Zarghami, a former Revolutionary Guards general who was appointed in 2004 to head IRIB and was considered a staunch supporter of President Rouhani’s predecessor Mahmoud Ahmadinejad.

There has been a lot of chatter this week about the public profile of General Qassem Soleimani, the head of the elite Qods Force of the Revolutionary Guards.

Soleimani, long declared “shadowy” and “secretive” by the Western media, has been featured in Iranian media touting his key role in bolstering Iraq’s defense against the Islamic State. Latest articles hail his leadership in the capture of Jurf al-Sakher in Anbar Province, west of Baghdad, last month — significantly, while ignoring the Islamic State’s gains elsewhere in the province.

Earlier this week Soleimani appeared at a ceremony in Iran with the head of the leading Iraqi Shia militia, the Badr Brigade, Hadi al-Amiri — meanwhile, this photo of the two man spread across Twitter: 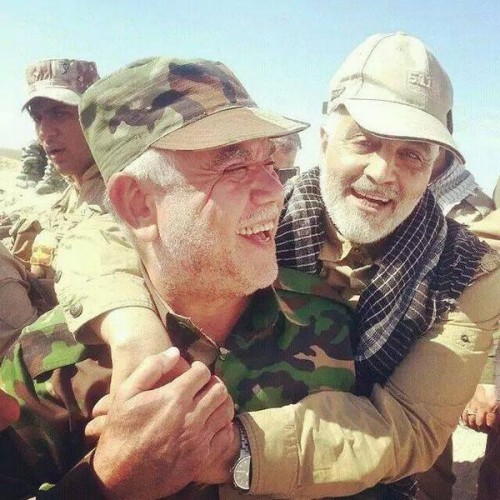 There were other photos of Soleimani in Iraq: 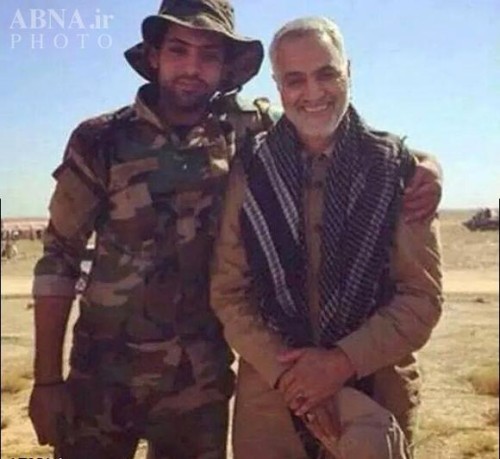 And even a selfie: 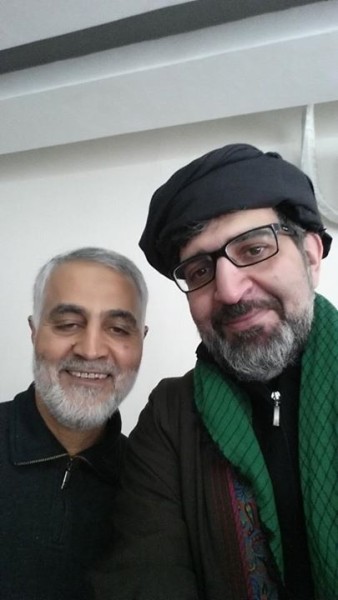 Both Iran and unnamed Western diplomats are using the latest report from the International Atomic Energy Agency, released on Friday, to push their positions in the nuclear talks.

The IAEA has repeated its long-held line that there is no indication of diversion of uranium to a military program. At the same time, it says that Tehran continues to hold out against fulfilment of steps for inspection and supervision agreed in November 2013 and February 2014.

Iran’s Ambassador to the IAEA, Reza Najafi, declared, “The agency’s new report again confirms that all Iranian nuclear programs, extending from enrichment activities at Natanz and Fordow to the Arak heavy water reactor and different facilities in Isfahan, Tehran, and other places, are under the supervision of the agency…and there has been no diversion.”

However, the unnamed Western diplomats used a regular channel — Fredrik Dahl of Reuters — to put out their message questioning Iran’s good faith.

They pointed to the failure of Iran to meet the agreed guidlines over information and supervision of explosive detonators which could be used for a militarized nuclear program.