Palestine Analysis: After War in Gaza, Israel Seizes Land in West Bank As It Rejects Negotiations 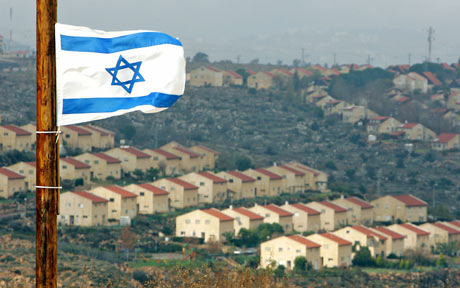 Less than a week after end of its 50-day war in Gaza, Israel has acted in Palestine’s West Bank, seized 400 hectares [4 square kilometers] of land for Jewish settlements.

The Israeli military gave no reason for Sunday’s move; however, a spokesman for the Coordinator of Government Activities in the Territories linked the step to ceasefire in Gaza, which was criticized by some Ministers in the Netanyahu Government: “According to the instructions of the political leadership at the end of the operation Brother’s Keeper, [we] started the process of declaring around 4,000 dunams at Gevaot in the Etzion region as state lands.”

Israel’s Justice Minister Tzipi Livni criticized the timing of the move: “Now, when we need to mobilise the world to prevent processes against Israel and work together with moderate forces, anything that could deflect attention onto us and cause criticism of us harms those things we are trying to achieve.”

Livni’s concern was borne out by the reaction of the US State Department.

“This announcement, like every other settlement announcement Israel makes…is counterproductive to Israel’s stated goal of a negotiated two-state solution with the Palestinians,” a Department official said. “We urge the government of Israel to reverse this decision.”

However, Prime Minister Benjamin Netanyahu and allies like Defense Minister Moshe Ya’alon are likely to dismiss the concerns, as they have rejected negotiations over the West Bank, according to Ha’aretz. Last week, they rebuffed an envoy from US Secretary of State John Kerry:

A senior Israeli official said that [General John] Allen met with Netanyahu and Ya’alon, hearing messages even more hawkish than in the past. They message they conveyed to the general is that their lesson from the war in Gaza is that the IDF [Israel Defense Force] has to have freedom of action in the West Bank and not only along the Jordan River.

The pair made clear to Allen that the main focus of dialogue with the PA [Palestinian Authority] had to be mainly the Gaza Strip and not a diplomatic arrangement in the West Bank that included the presenting of maps and the drawing of borders.

Residents in the West Bank’s Wadi Fukin and nearby villages have 45 days to appeal the seizure of the land.