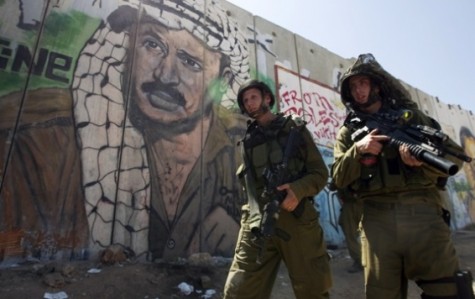 Israeli soldiers killed a 22-year-old Palestinian in the West Bank on Tuesday night, amid clashes in the Al-Ma’ari refugee camp near Ramallah.

The fighting broke off during an Israeli raid to arrest a Hamas member in the refugee camp. About 50 Palestinians began hurling rocks and firebombs at the soldiers from the Paratroopers’ Brigade.

The Israeli military claimed the man, Essa Qatri, was about to throw an explosive at them. He was shot in the chest.

Qatri was to be married next week.

Earlier this week, police fought Palestinians after the funeral of an East Jerusalem teen who died from a head injury during protests in the city. Dozens of people were injured, including two who were hit in the head by foam-tipped bullets.

According to an August 28 report by the Palestine Liberation Organization, 32 Palestinians were killed in the West Bank from June 13, amid Israel’s 50-day war in Gaza.

The report said 1,753 Palestinians were detained, as Israeli forces conducted 1,573 military raids across the West Bank.