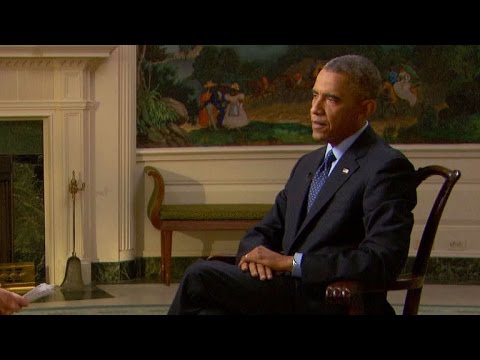 President Obama, in a prime-time TV interview, has used a new tactic to promote his updated “War on Terror” in Iraq and Syria — he has admitted that he underestimated the Islamic State.

Speaking on the flagship program 60 Minutes, Obama said that the mistake and the weakness of the Iraqi military had allowed the area to become “ground zero for jihadists around the world”.

Significantly, the President went beyond Iraq to frame last week’s US aerial intervention in neighboring Syria as part of the war on the jihadists: “Our head of the intelligence community, Jim Clapper, has acknowledged that, I think, they underestimated what had been taking place in Syria.”

In an interview in January, Obama compared the Islamic State to a “JV [junior varsity] team” playing in a professional sports league.

The President did not refer to that assessment — made days after the Islamic State turned on Syrian insurgents in a battle across northern and eastern Syria and as it seized territory in western Iraq, including the city of Fallujah — and he defended his administration’s approach in Iraq by blaming Baghdad:

When we left, we had left them a democracy that was intact, a military that was well equipped and the ability then to chart their own course. And that opportunity was squandered over the course of five years or so because the Prime Minister, [Nuri al-] Maliki, was much more interested in consolidating his Shia base.”

Obama said there had been “some progress” — “I wouldn’t say great yet” — by the new Iraqi Government, led by Haidar al-Abadi.

He said, “Syria is a more challenging situation.”